The landmark case would affect over 3m people 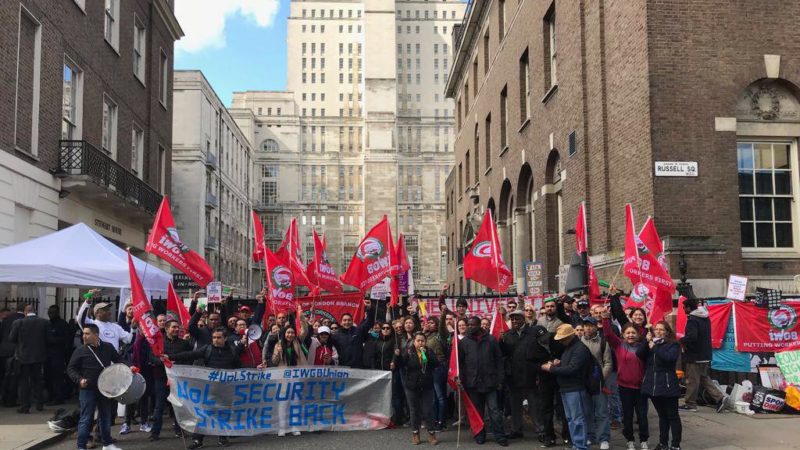 Over three million workers could win the right to negotiate directly with their de facto employer if unions win a case being heard in the High Court tommorow.

The Independent Workers Union of Great Britain (IWGB) will argue that denying these workers the right to collectively bargain with their de-facto employer is a breach of article 11 of the European Convention on Human Rights (ECHR).

Article 11 of the ECHR, which is not related to the European Union,1 says that everyone has the right to join a trade union, with certain exceptions.

At present, outsourced workers only have the right to negotiate with their direct employers – the outsourcing agency.

“For decades employers have used outsourcing as a way of evading their responsibilities towards the people who provide labour for their businesses.

This is true in terms of pay, terms and conditions, as well as collective bargaining. With arguments based on the European Convention of Human Rights, this case calls for a course correction.

If an employer calls the shots on workers’ pay, terms and conditions, then they should have to negotiate with the workers’ union.”

To coincide with the court case, outsourced workers will go on strike at the Ministry of Justice, the Department for Business, Energy and Industrial Strategy (BEIS) and the University of London.

These workers are calling for the living wage, an end to outsourcing and equal pay and conditions to directly-employed, rather than outsourced, staff.

According to an IWGB spokesperson:

“By using middlemen in the form of outsourcing companies, employers are able to offer some workers far worse pay, holiday entitlements, sick pay and pension contributions than those they directly employ. Outsourced workers are also much more likely to suffer from bullying and discrimination.”

Workers will be joined on the protest by Shadow Chancellor John McDonnell and Shadow BEIS Secretary Rebecca Long-Bailey, who said:

“For far too long workers in this country have suffered from worsening pay and conditions, while those at the top get richer. But seeing these mainly migrant workers from different unions come together to push back against the scourge of outsourcing gives me hope for the future of the Labour movement and the UK as a whole.

These cleaners, receptionists and other outsourced workers have the courage to stand up and fight back, so we as the Labour party will be by their side every step of the way.”