Barrow and Furness has been hit hard by Tory policies 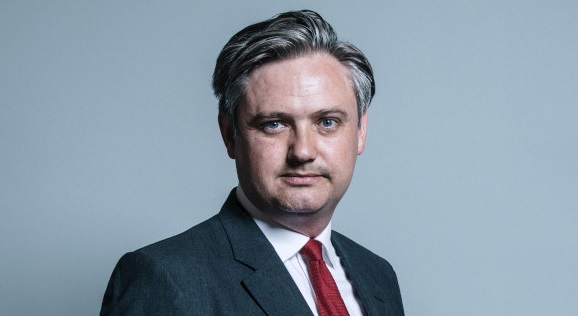 Last night, the so-called ‘representative’ of the people of Barrow and Furness, John Woodcock MP, abstained from Labour’s Vote of No Confidence in this shambolic and cruel Tory Government.

Woodcock was suspended from the Labour Party in April 2018, following an allegation of sexual harassment from a female former aide.

He resigned the Labour whip in August 2018, claiming he would ensure an independent investigation into this sexual harassment case would take place. Six months later and we are STILL waiting.

Meanwhile, Woodcock continues to brief against the Labour Party at every opportunity he can get, including in yesterday’s Parliamentary debate, where he claimed that Jeremy Corbyn and John McDonnell – both members of the Queen’s Privy Council and appointed by her – were ‘unfit to govern’.

Woodcock is so good at doing the Tories job for them that Michael Gove, in his speech last night, piled praise on to the ex Labour Minister, gushing over the “courage” Woodcock had shown in using a parliamentary debate to slur the Labour leader.

Courage? Give me a break. Courage involves standing up for the vulnerable, not enabling the continuation of a Government whose policies are destroying the lives of the people you were voted in to represent.

That Woodcock decided not to take this opportunity to bring down this Government is nothing less than a disgrace and a betrayal of the constituents of Barrow and Furness that he is supposed to represent.

Cumbrian councils have been hit hard since the Tories came to power, with residents paying the price.

Councils such as Barrow Borough and Cumbria County have had their budgets slashed, with services cut back severely to balance the books, or lost outright as no other way to fund them could be found.

Since 2010, the county council has had to cut more than £214m from its annual budget. The borough council now has nearly £8 million less to spend than it did at the start of the decade. It has lost 20 per cent of its workforce and 40 per cent of its budget: almost £2.9 million by 2020.

These cuts play out brutally every day in the lives of people in our area.

Last year, 7,251 three-day emergency food packs were given out by Barrow Foodbank.

Poverty-related mental health issues such as depression and drug addiction are soaring.

Unsecured debt – and all the fear and anxiety that comes with it – is spiralling out of control.

In one ward in Barrow, 48% of children are living in poverty.

John Woodcock’s validation of the brutalisation of his constituents by this Tory Government is nothing less than abhorrent.

It’s a massive kick in the teeth to all the local Labour Party activists, campaigners and voters who put the Party and the policies over the person and worked so tirelessly to get him elected – on a Corbyn-led Labour ticket – during the 2017 General Election.

If John Woodcock wants to really show us the courage that his Tory buddy Michael Gove lauds in him he needs to do two things now: give the woman who has accused him of sexual harassment the due respect and justice of an investigation; and call a by-election.

Come on John, let’s give the people of Barrow and Furness the chance to decide who truly represents them.

Kate Love is one of four Labour members shortlisted to be the party’s candidate for Barrow and Furness in the general election.