The government is backing a new report on audit reform, but it lacks radical edge. Prem Sikka writes. 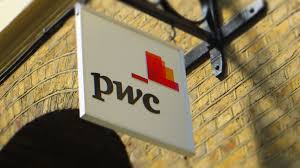 Last week, a policy paper for the Labour Party put forward reforms for the auditing industry in order to improve audit quality, regulation, competition, choice and public accountability of auditors.

This would particularly target the big four accounting firms who dominate the market.

How do they compare?

The Labour review recommended that auditors of large companies must act exclusively as auditors i.e. must not sell any non-auditing services to audit clients.

Their sole business must be to deliver audits. Therefore, big auditing firms would need to be restructured. However, the Competition and Markets Authority (CMA) recommends internal ring-fencing which separates auditing business from consultancy, but both remain under a common ownership. This is unsatisfactory.

The Labour review provides examples of instances where in pursuit of profits, firms have been willing and able to breach any Chinese-Walls. The CMA report would not check the provision of consultancy services by the firm to audit clients.

The Labour review recommended joint audits, i.e. where two firms jointly audit a company, for all large companies. The CMA suggests that this should be confined to FTSE 350 companies.

The Labour review noted that UK has had a banking/financial crisis in every decade since the 1970s. In every case, auditors delivered worthless audits. It provided examples to show that auditors failed to co-operate with regulators.

All too often auditors hid behind ‘confidentiality’ of information or the claim that they are not ‘global’ and therefore their international arms were beyond the regulatory reach.

The Labour review recommended that stability of the financial system was paramount and therefore a new statutory body to audit banks, building societies and insurance companies be created. The CMA gives no thought to such matters.

The CMA recommends closer regulatory scrutiny of auditor appointments and management from audit committees, consisting of non-executive directors. This is the same structure that failed at BHS, Carillion, banks and elsewhere.

It is hard to see how sticking to a largely failed structures would deliver different results. The Labour review recommended the creation of an independent body to appoint and remunerate auditors of large companies. The CMA claims that under EU laws this may be difficult.

However, the CMA has failed to note that an arrangement already exists. For example, Public Sector Audit Appointments, successor to the Audit Commission, appoints and remunerates auditors to principal local authorities, fire and rescue authorities, police authorities, national parks authorities, waste authorities and transport bodies. There are no insurmountable legal barriers to extending the same to the corporate sector.

In common with the Labour review, a report by Sir John Kingman concludes that the accounting regulator, the Financial Reporting Council (FRC), is not fit for purpose and needs to be scrapped.

The Kingman report recommends that FRC be replaced by Audit, Reporting and Governance Authority (ARGA), a body with a statutory base and more powers. In addition, the report recommends that the powers of the four Recognised Supervisory Bodies (RSBs), which are accountancy trade associations, to licence auditors for Public Interest Entities (mainly listed companies) be curtailed.

This would still leave five bodies involved in regulation of auditors, leaving plenty of scope for duplication, obfuscation and buck-passing.

The RSBs would still be licensing auditors of large companies such as the Arcadia Group, Iceland, Thames Water, Specsavers and others.

Kingman’s call for the ARGA does not consider the morass of multiple regulators across different sectors and the need to co-ordinate them.

For example, the Prudential Regulation Authority and the Financial Conduct Authority also have an interested in audited financial information and use a different benchmark to consider whether the information and audit is satisfactory.

For these reasons, the Labour review recommended a consolidation of regulators. It recommended elimination of all statutory powers for the RSBs.

The words ‘audit quality’ are used in the CMA and Kingsman reports but attract little attention. Liability laws could act as pinching points and curb poor practices, but neither report calls for change.

The Labour review reported that within audit firms time budgets for audits and routinely cut, parts of audit work are offshored to centres in India, Bangladesh, Vietnam, Poland and elsewhere, to cut costs and increase profits. The net effect is that audit work is performed by staff not under the control of the audit firm.

Audit partners spend little time on audits. For example, PwC partner responsible for auditing BHS spent two hours on the audit and thirty-one hour doing consultancy for the company and its directors. These matters are indicative of a corrosive organisational culture, a key ingredient in the production of audits, but neither report has any proposals for curbing such practices. There is also silence on public accountability of auditing firms.

It is hard to see how any improvement in audit quality can be secured without addressing liability, organisational culture and public accountability.

The Kingman and CMA reports are important contributions to the debate, but are unlikely to be last words.