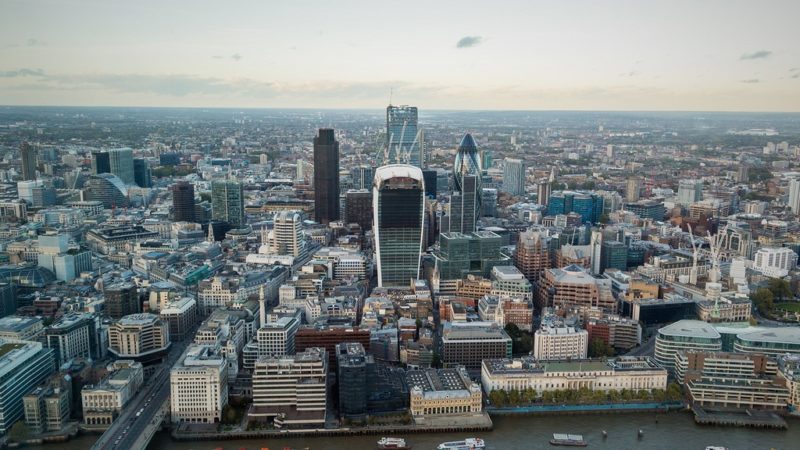 Last week, the City of London Corporation published its annual report claiming that for the year to 31 March 2017, the UK financial services industry paid taxes of £72.1bn. But the data is not what it seems.

The sector claims to have contributed 11% of the UK tax revenues compared to 13.9% in 2007. The report was prepared by PricewaterhouseCoopers (PwC), the firm that audited BHS and was also carpeted by the Public Accounts Committee for promoting tax avoidance “on an industrial scale”.

The £72.1bn is an estimate rather than the actual amount of taxes paid, with the figures extrapolated from a sample of 50 companies. That means the headline amounts may or may not actually represent the amount actually paid by companies.

The financial services sector has been a serial offender for the last fifty years. The UK economy is yet to recover from the 2007-08 banking crash. The sector has been involved in tax avoidance, money laundering, abuse of customers and fraud. It has rigged interest rates, foreign exchange rates, engaged in sanctions busting, mis-selling of mortgages, investments and payment protection insurance, just to name a few. There is little sign that it is putting its house in order. But, as we’ve seen, it excels at propaganda.

The purpose of the propaganda exercise is to rehabilitate the financial sector and deflect attention away from its predatory practices. That affects how numbers are presented.

The PwC report includes £41.1bn of taxes which are borne by employees and customers rather than by companies. Good examples are income tax and national insurance contributions paid by employees. They are legally responsible for making such payments and the amounts are deducted from their wages.

Insurance premium tax and VAT is borne by the ultimate customers, but is included in the headline amount. The taxes that companies collect from employees or customers are always remitted to HMRC in arrears. This collection provides an interest-free boost to corporate cash flows. Of course, the benefit of this is not acknowledged in the PwC report.

The financial sector bears £10.5bn of corporation tax, £1.1bn bank surcharge and £3bn through the bank levy. Another £16.4bn covers a variety of other taxes, such as business rates, employers’ national insurance contributions, fuel duty, air passenger duty, fuel duty and vehicle excise duty. Of course, other businesses and many individuals pay these too.

The headline amounts can’t be corroborated from the accounts of companies. PwC says that it “has not verified, validated, or audited the data and cannot therefore give any undertaking as to the accuracy of the study results”.

That’s a pretty clear sign the numbers are just part of a propaganda war. The PwC report could have provided a list of the financial sector companies and the actual taxes that each paid. But it does not do so.

Nor does it say anything about the taxes that the financial services sector should actually have paid. It does not contain any information about avoidance schemes exposed by the Paradise Papers.

Titled “Total tax contribution”, the report does not show the total effect of the finance industry’s predatory practices on people or the rest of the economy. UK taxpayers provided £1,162bn to support and rescue distressed banks, including £532 billion to recapitalise Lloyds and RBS, and £106bn to nationalise Northern Rock and Bradford and Bingley.

The social cost of the support has been austerity, wage freezes, lower economic growth, decline in living standards and economic stagnations, and that does not include untold misery inflicted on thousands of innocent people.

In February 2018, the Treasury Committee released a report into RBS’ treatment of small business customers in its Global Restructuring Group (GRG) and said: “The findings in the report are disgraceful. The overarching priority at all levels of GRG was not the health and strength of customers, but the generation of income for RBS, through made-up fees, high interest rates, and the acquisition of equity and property”.

And in June 2018, the All Party Parliamentary Group on Fair Business Banking released the draft Project Lord Turnbull report, which makes serious allegations of fraud, malpractice and a subsequent cover up at Lloyds and HBoS.

Not only the human cost, the economic cost of the finance sector is also missing from the PwC report. A study estimated that between 1995 and 2015, the UK finance sector actually cost the UK economy around £4,500bn in lost economic output. Of the £4,500bn loss in economic output, £2,700bn is accounted for by the misallocation of resources when diverted away from more productive, non-financial activities into the finance sector. The other £1,800bn arises from the 2008 banking crisis and its aftermath.

The fee collected by PwC is not known, but the report reads as part of a blatant impression management exercise.

The finance industry bears responsibility for considerable social misery and economic stagnation. But you won’t find that addressed by the industry’s spin.