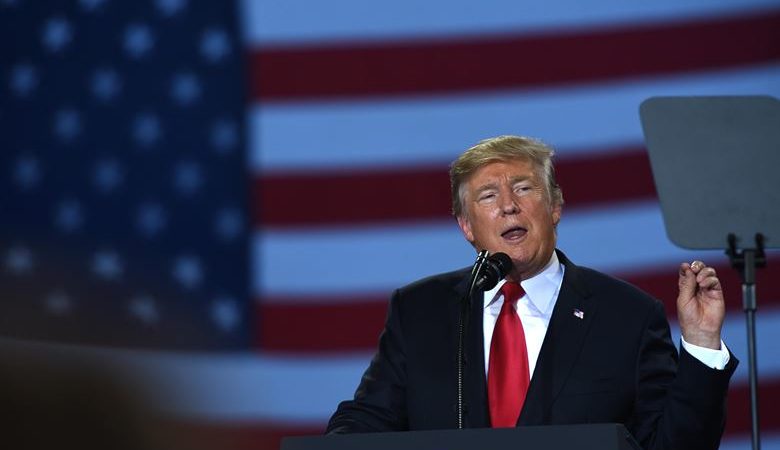 Trump’s intervention into the sensitive political discussions around Brexit is not careless or misjudged; it is the opening up of a new front in the culture war.

A new culture war that he, Steve Bannon and their rich friend Robert Mercer have been running for some years. Their running dog mercenaries Arron Banks and Nigel Farage are simply foreign troops on British soil.

This culture war is confusing, but that’s exactly its intention because information is its key weapon where many players deliberately use distortion. This is not a hot war or a Cold War but our vital interests are at stake all the same. We are all conscripted to fight, mostly without our knowing.

And the battles aren’t fought on the Normandy beaches or Gettysburg. These battles are political events like Brexit and Trump. Events that sap our morale and change our view about who we are, who we trust, who is right and who is wrong. This war happens everywhere, on our TV screens and our phones and in conversations we have in the pub or at work.

Like propaganda cluster bombs, disinformation is used as a powerful weapon which is widely shared.

In Greek mythology Cadmus sowed dragon’s teeth that grew into Greek warriors. In this modern-day mythology of fake news, shadowy billionaires pay for the creation of Russian trolls to be the invisible warriors of the information war. Their purpose is to sow confusion and misdirection and above all to undermine faith in democratic politics.

We can compare Britain in 2018 with the situation during the 17th-century Civil War, not only because the social division is so binary and so deep, but also because we are not fighting over resources but over values. This makes the war at once both more confused and more powerful. If you are right then I am not just wrong, perhaps I don’t even exist at all: ‘I am because you’re not.’

This is a battle for the soul of our country; one which will only really make sense when history is written. But since we are all already involved it is best to be forewarned and fore-armed and to act. So what can you do?

1. Don’t work for the other side

Don’t share information that you are not sure is true. Ask for evidence and be clear about reliable sources. This leads us directly to the second clear action: support responsible journalism. So many sources of information are owned by the enemy. And even the information you agree with is only free in the sense that you don’t pay when you read it. So we need to pay for the quality journalism that every democracy depends on.

Second, and perhaps easiest, spend more time with friends and in real places doing real things. Spend less time in a virtual world where you are more vulnerable to being manipulated. This also has innumerable side benefits, chief among which is that you will feel happier.

Finally, and most importantly, model and reinforce the behaviour typical of the flourishing democracy you would like to live in. Set yourself high standards of honesty and respect. Champion values like egalitarianism and solidarity.

This culture war is not a trivial TV show or computer game. It’s for real. It is nothing less than a war between democracy and authoritarianism and we need to decide which side we are on.