National identity still matters to minorities and the majority alike. Labour has to learn how to work with both. Sunder Katwala writes. 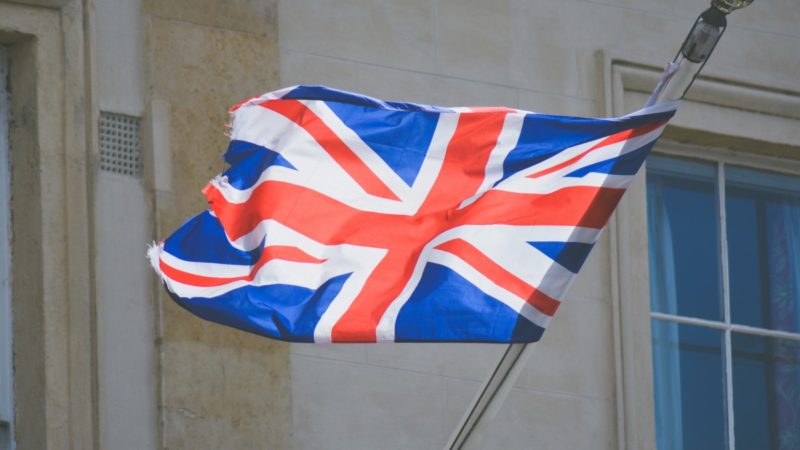 Arguments about British identity are central to most of the big political questions: our multi-ethnic and multi-faith society, the future of a multi-national UK, and Britain’s role in the world, its relationship with Europe, and now Brexit.

Every party needs to grapple with these issues. A Labour Party or movement which had little or nothing to say about them could not be a credible contender for government in this era in which identity can dominate politics. So this Young Fabian project is valuable and timely – not just in recognising that the challenge matters, but in its clear understanding that the national identities that we will experience depend on the political and public choices that we make about what we want them to mean.

Ethnic minorities arrived in this country in the Windrush era onwards with a strong sense of their stake to British identity, even if it took two generations to have that properly acknowledged.  The near-impossibility of being black and British had been Enoch Powell’s central assertion in his infamous Rivers of Blood speech in 1968. If that remained a central question of the 1970s and 1980s – but the question had been so decisively answered by the end of the 1990s that it largely ceased to be asked. Clearly, immigration and integration remain contested, controversial issues – but that foundational shift in who counts as “us” goes too deep, especially across the generations, to be reversed.

The United Kingdom, perhaps now somewhat dis-united, is now a much more consciously multi-national polity than it was a quarter of a century ago.  Indeed, as the future of the United Kingdom has become more contested, the rules of being British have become much clearer. It is demonstrably and practically now a union of consent, as the terms of the Good Friday Agreement and the fact of the 2014 Scottish referendum have demonstrated.

There is no barrier to the dissolution of the United Kingdom beyond the sustained majority consent of any of its constituent nations to leave it.

If the Scottish and Welsh had long understood that being British was the civic identity of a multi-national state: the English too came to understand that English and British identities were not identical. National identities are increasingly primary, while the shared civic, citizenship identity has become a more formal one, associated with shared institutions – especially the Monarchy, the NHS and traditions of Remembrance, which have not faded, as some had anticipated.

But it may prove difficult to sustain a shared sense of British identity across the UK as our national media and political debates become more disaggregated: there was no British General Election in 2015 and 2017, but rather the aggregate result of four different national electoral contests.

If these are central issues of the age, Labour can struggle to find its voice on issues of identity and integration. That seems curious, when Labour’s history has been as a party of integration in profoundly important ways.

Its founding mission – to give political voice to labour – was an integration project. It succeeded in ways that shaped Britain’s twentieth century: British democracy adapted to universal suffrage and accepted Labour’s claim to govern; that helped to unite the country against the existential threat of Nazism, and to deliver the new citizenship offer of the NHS and the post-war welfare state.

In the 1960s and 1970s, Labour helped to give new citizens from the Commonwealth the confidence and standing to stake their citizenship claim to having a voice in society and politics. Labour took pride in passing pioneering anti-discrimination legislation (though the parliament’s which did so were entirely white). Labour became the primary vehicle for ethnic minority aspiration to play a full role in our public life. If progress was very gradual in the 1980s and 1990s, by this decade, all British political parties accept that they need to emulate this. Ethnic diversity has become a new norm in British national politics to an extent unmatched in Europe.

So now Labour should be a party of integration in the twenty-first century too.

The EU referendum illuminated pre-existing divides – across regions and social classes, across the generations, perhaps above all between those with degrees and those without them.  It is important to insist that parties which want to govern the country to show that they can bridge the polarisation between the towns and cities.

The key challenge of our age for the major western democracies can be put simply: we are going to be living in multi-ethnic and multi-faith societies. The question is whether and how they will make a success of it.   It is not just electoral calculation, but social democratic values too, depend on rejecting the idea that political parties must choose whether to articulate minority or majority interests.

The left understood that identity mattered to minorities – but has struggled to understand that it will matter to majorities too.

The best answer to the backlash politics of mutual grievances – embodied by the United States Polariser-in-Chief Donald Trump – is to underpin an equal and common citizenship by forging shared identities, which transcend a sense of ‘them and us’ between incomers and the societies they join.

Crucially, the Young Fabian pamphlet recognises that forging confident and inclusive civic identities, shared across the societies that we have become, will require public engagement and ownership.

How to strike the balance of shared identity in a liberal society is not straightforward: it will take sustained democratic dialogue of the type this pamphlet seeks to spark.

A successful left in this age of identity needs to understand the importance of common citizenship and shared identity in helping to build the solidarity that makes social justice possible.

This post is an extract from the Young Fabians report A Nation Divided, which is available to download here.

Sunder Katwala is the director of British Future.