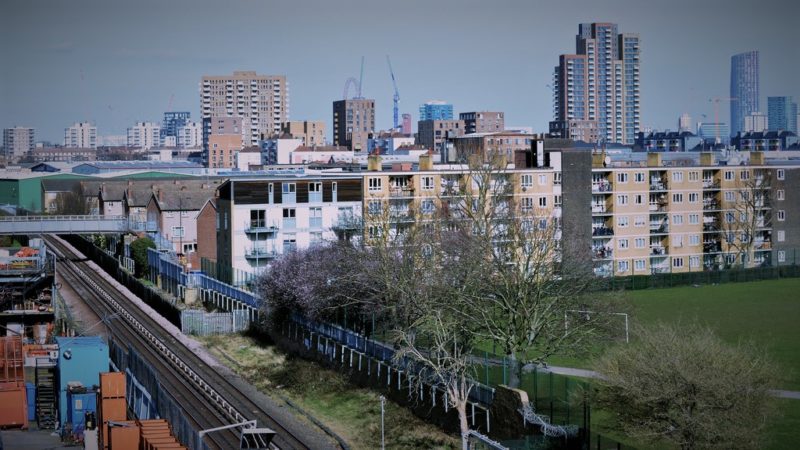 The East End has always attracted people from a modest position, who are hungry for success, and it’s harnessed this dynamism to create one of the great engine rooms of our country.

Today, Tower Hamlets is a borough of contrasts – the third biggest contributor to the UK economy. Yet one in four of our residents live in poverty.

This week’s Budget was disappointing and failed to offer the investment in our public services our residents desperately need or address the concerns of people being hit hard by Universal Credit.

Being an inner city borough living costs are high, and although we are home to the city fringe and Canary Wharf, next to the gleaming skyscrapers our residents are forced to turn to foodbanks.

We are bearing the brunt of benefit changes and eight years of government austerity. While the Budget saw some extra money for benefits it doesn’t reverse the two-child limit, or the freeze on benefits until 2020 that includes most of the elements of Universal Credit.

The Resolution Foundation analysis of the Budget has found three quarters of the £12 billion in welfare cuts announced after the 2015 election remain, and that government policy will lead to richer households being £390 better off while poorer families will be £400 worse off. Yet again it seems to be those most in need who are bearing the brunt of cuts with Ministers turning a blind eye to the hardship it’s causing.

I’ve visited our local food banks and they tell me residents who were only just about to make ends meet, have now had to turn to them as a last resort. With claimants waiting up to six weeks for their claims to be processed they simply have nowhere else to turn. In fact, the Trussell Trust reported foodbank use increased by 30% in areas where Universal Credit had been rolled out compared to 12% where it hasn’t.

London has 800,000 self-employed people. But many of our residents are finding work no longer pays. Under Universal Credit self-employed claimants are assumed to have an income equivalent to 35 hours at the National Minimum Wage, in the modern gig economy this does not work in reality.

I’m proud our Labour authority has an ambitious council house building programme at genuinely social rents, we pay the London Living Wage and encourage our suppliers to do the same to tackle in work poverty.

Despite cuts to our funding of 64% since 2010, I’ve set aside £6.6 million into a Tackling Poverty fund to help our most vulnerable residents, including £1 million specifically to offer advice and support those on Universal Credit.

We’ve just opened a financial health centre, and have commissioned the Child Poverty Action Group to provide a welfare rights service at a local food bank. We are also working with the Chartered Institute of Housing to look at the impact on rent arrears.

In our borough pay has not kept up with living costs so in work benefits are a lifeline to residents facing rising rents and stagnating wages. We have one of the most generous Council Tax Reduction Schemes and a specific Universal Credit support package targeted at self-employed people to help today’s East End innovators.

The message from Tower Hamlets is that Universal Credit has been a discredit to our residents and to the widely held ideal of a genuine welfare safety net. Universal Credit fails to protect those in need and the smokescreen it has provided for government cuts to benefits more broadly has disproportionately hit the most vulnerable in our country.

Once again, we have seen a Budget where the government tries to paper over the vast holes that their policies are leaving not only in frontline services but also the social contract at the heart of our society.

Until we have a government willing to stand up for those who need them most, our communities will continue to struggle.