In this open letter, Chris Clarke argues why the left needs to drop the idea we live in a 'dictatorship' lead by 'Puppet Masters'. 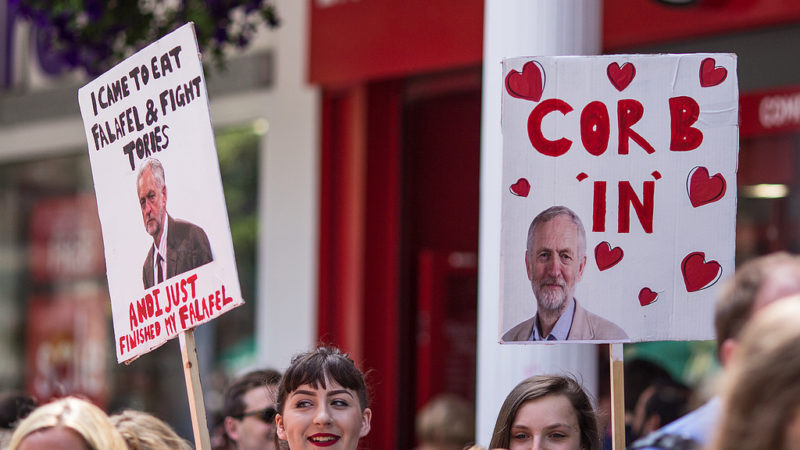 Does it make you a conspiracy theorist to believe that “even though we live in what’s called a democracy, a few people will always run things in this country”?

This statement was polled recently, in a Cambridge University study with 44% agreeing, prompting the Guardian to report that nearly half the country subscribe to ‘conspiracy theories’.

This provoked anger from some. Aaron Bastani saw the study and coverage as “centrist hegemony”.

Analysis in these pages, meanwhile, argued that agreeing with the statement makes you a socialist, not a conspiracist. It points out – accurately – the many ways in which our economy disproportionately benefits a minority.

Speaking as a socialist, I disagree with the statement. I don’t think we live in a veiled dictatorship. Believing that we do shouldn’t quite, in my book, render you a ‘conspiracy theorist’. But it’s the thin end of the wedge.

The statement tested doesn’t just acknowledge gross inequalities, after all; it implies that our democracy is actively controlled by a Puppet Master elite.

The implications of this reverberate beyond the research. Labour’s divides since 2015 relate more to narrative than to values or policies. The Puppet Master analysis is ingrained in the Corbynite view of the world. It explains some on the far left’s paranoia about the media, and their conviction that we live under totalitarian rule.

It creates an assumption that problems are caused by grand design; that you only need to break into the cockpit, turn the poverty switch off, and twist the inequality dial to zero. It’s part of the reason that, despite being on the left, I’ve personally never signed up to Corbyn’s politics.

This isn’t to deny for a second the massive economic imbalances in our society. It doesn’t mean I’m less committed to ending them. But it means a different view about why they exist.

The Puppet Master analysis blames inequality on a ‘neoliberal’ elite, bypassing the democratic will. It sees globalisation as the product of a Bilderberg-style world order, involving collusion between the political and business classes. It says these Puppet Master oppressors have, with the help of ‘friends in the media’, crushed the popular will and promulgated divide-and-rule strategies to hold power. It blames inequality on a cynical, coordinated ‘deep state’.

The non-Puppet Master analysis says that, as voters became more affluent in Western nations, many became less likely to unionise or rely on the state. Public policy reflected this (and in the UK the choices of the 1980s exacerbated it). This analysis also notes the globalisation process, which made it much harder for countries to address high pay and large corporations, especially when there’s a countervailing pressure to attract investment. It observes jobs moving abroad, and the resulting over-reliance on London.

In short, you can see the rise in inequality as an authored process, driven by Puppet Masters with too much power. Or you can see it as authorless; enabled by political impotence, short-termism, and lack of answers in the face of change.

In fact, it makes you better able to deal with inequality. The assumption that we’re under the yoke of dictatorship won’t, if untrue, help tame world markets or persuade complex electorates. Those who’ve delivered real progress, like the Attlee governments, engaged seriously with the limits of power.

Alongside other narratives, the Puppet Master analysis is central to Corbyn’s rise. Belief or otherwise in the myth is a core predictor of where Labour members stand when it comes to the leader.

By engaging with the Puppet Master myth – by contesting it – those of us on the non-populist left can locate the sources of division, and perhaps make a better case for our version of left-wing politics.

Chris Clarke is author of Warring Fictions, a book-length essay about left populism.