Nearly half of the public have just been deemed conspiracy theorists - apparently for recognising that Britain is run 'by the few'... 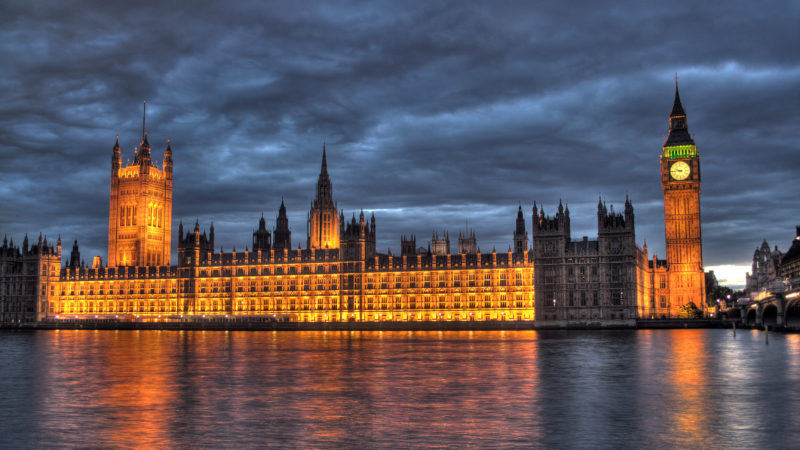 The notion that Britain is run ‘by the few’ rather than ‘the many’ is fairly standard fare across the left – it’s at the core of Labour’s campaigning after all. So it will come as a surprise to millions of people that they are ‘conspiracy theorists’ for endorsing the idea.

After all, UK democracy is centralised, unequal and elite-dominated. These are pretty basic material facts.

Inequality is high in the UK, with a small number of people controlling huge amounts of wealth. The Equality Trust notes: “Compared to other developed countries the UK has a very unequal distribution of income. Out of 30 OECD countries…the UK is the seventh most unequal,” while another analysis has us ranking fourth most unequal.

Worldwide, Oxfam report that: “82% of money generated last year went to the richest 1% of the global population while the poorest half saw no increase at all,” while the richest 1% own half the world’s wealth.

Our democracy is London-dominated and run by a few. Even the right-wing Institute of Economic Affairs notes: “The UK has the most centralised government of the G7, as measured by the proportion of revenue raised by sub-central government.”

The London School of Economics and Democratic Audit’s new assessment of the UK’s democracy in 2018 highlights that our politics is run by a fairly small political clique: “The main political parties maintain a steady stream of individuals to run for political office, who can be socialised, selected, and promoted into their structures.” They note a serious and worrying decline in the quality of the UK’s democracy in recent years.

The notion that representative democracy is elite-dominated is not new: it is at the heart of theories from Marxism – Marx said “The executive of the modern state is but a committee for managing the common affairs of the whole bourgeoisie” – to elite theory: a major, mainstream branch of sociology.

And Robert Michels’ 1911 thesis on the ‘iron law of oligarchy’ – that all large organisations will tend to become dominated by a small few – is a standard text at many British universities.

Yet a new study has come under fire for appearing to brand this all one big ‘conspiracy theory’.

The Guardian‘s report on a new YouGov/University of Cambridge study, ‘Conspiracies’, has drawn particular ire, for uncritically reporting:

“The most widespread conspiracy belief in the UK, shared by 44% of people, was that ‘even though we live in what’s called a democracy, a few people will always run things in this country anyway'”

I mean, that’s not really a conspiracy theory though is it? https://t.co/jiETBw0IAG pic.twitter.com/JjQBk5K0rN

The claim sits alongside figures on the number of people who believe the government is secretly lying about the ‘negative’ effect of vaccines, that ‘true’ immigration figures are hidden from the public, and that Muslim immigration is part of a secret plot to ‘Islamicise’ the UK.

New Statesman writer and Institute for Public Policy Research fellow Grace Blakeley said: “It’s quite terrifying that the Guardian would treat a political opinion – the wealthy and powerful are able to exercise undue influence over politics in capitalist societies – as a conspiracy theory. They’re effectively trying to police the terrain of acceptable discourse.”

The idea that concentrated wealth leads to concentrated cultural influence and political power is now a ‘conspiracy theory’. It’s not – it’s a fact.

This is what the death throes of centrist hegemony looks like. pic.twitter.com/uUcs2Fjy4l

The University of Cambridge said they were ‘unable to grant further interviews or respond to enquiries’ on the report.

On a side note – it’s interesting to see new polling for Unlock Democracy show that “a majority of the public believe that radical change is needed to fix the old way of doing politics”. The pollsters? You guessed it: YouGov…