A plan to improve the South East's A27 will cut through an ancient woodland and a village with more than 100 listed buildings. 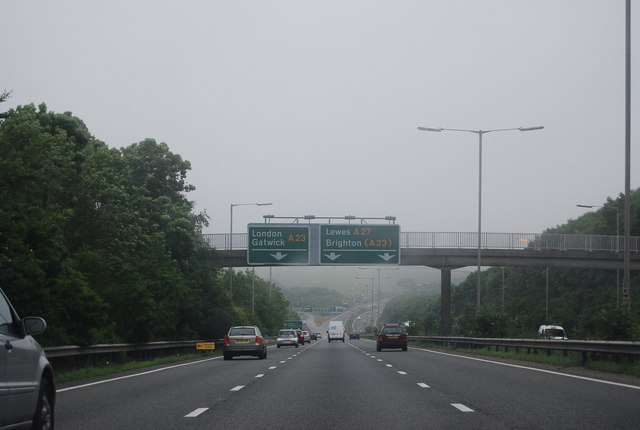 The High Court has just agreed to hear a legal challenge to Highways England’s proposals to ‘improve’ the A27 trunk road through the South Downs National Park.

The £250 million plans have been controversial from their inception, rightly facing a barrage of criticism. The proposals have been forced on West Sussex and Arundel by a government determined to push ahead with a slew of roadbuilding projects.

When this process started, there were five options presented to ‘improve’ the A27. During the latest consultation, the number was whittled down to three. However, each of the options was strongly opposed, for one or all of the following reasons: they ignored residents’ views, they were environmentally-destructive, they would fail on their own terms.

In May, Highways England, in the face of widespread opposition, announced its preferred route. And while all the options were highly damaging, the one it chose was perhaps the worst. If Highways England pushes ahead with its preferred route, known to locals as a ‘modified’ version of Option 5A, it could set a damaging precedent. Our National Parks and woodlands are in desperate need of protection.

The High Court’s decision to grant permission for two judicial reviews of the plans is incredibly important. The latest judicial review was brought forward by environmental campaigner Dr Emma Tristram. I very happily backed the application which bases its case on the fact Highways England used misleading and out of date traffic information. The other review, which I also support, was brought by the South Downs National Park Authority to challenge the restricted number of options drawn up and the impact each would have on the National Park.

The ancient Binsted Woods has existed since Charles I was on the throne, while Binsted village, which stands to be bisected by the road, is home to more than 100 listed buildings and is rich with history; which can be traced back to the Middle Ages. From the Iron Age to the Romans, from the Medieval to the 12th-Century church, Binsted is a uniquely special place.

To trash our protected environment and precious wildlife in pursuit of an outdated roadbuilding project, that history shows will fail even on its own terms, will be a royal disaster. Put simply: if you plant roads, you reap traffic.

Highways England’s plans need to be sent back to the drawing board. Earlier this year, I supported ten national environmental and conservation organisations, including the Campaign for Better Transport and Campaign for the Protection of Rural England, who wrote a joint letter to the Secretaries of State for Environment and Transport outlining their concerns about Highways England’s proposals.
I have also consistently argued for a future-proof approach to mobility in Britain, see my latest report; built on active transport infrastructure, walking and cycling, and a sustainable, accessible and affordable public transport network.

Where Arundel is concerned, I also support the bold vision drawn up by the South Coast Alliance for Transport and the Environment (SCATE). I continue to argue that a single carriageway focused on traffic flow rather than capacity will mitigate the level of destruction that would otherwise be caused by a new dual carriageway.

Binsted as much as Britain deserves better than the government’s short-sighted approach to transport. The hundreds of millions of pounds committed to this project should be invested in the sustainable public transport, directed by local communities, which takes cars off the congested road rather than a rush for needless A27 ‘improvements’ which aim only to accommodate more cars.

Ultimately, even if we took Highways England’s historically ignorant projections at face value, is saving less than ten minutes on your commute really worth destroying a protected National Park? The answer is no.

That is why I am proud to be supporting Dr Emma Tristram’s judicial review and want to ask all those, who are able, to donate to the crowdfunder backing the legal challenge.

Keith Taylor is Green MEP for the South East of England