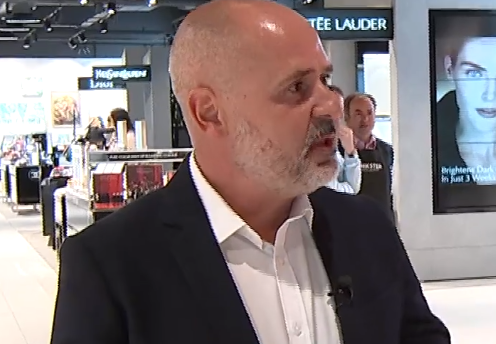 Today, Debenhams has announced that it needs to cut costs and will do this by closing up to 50 stores – putting up to 4,000 jobs at risk.

This is disastrous news for everyone who works at Debenhams, their friends and families and for the economy as a whole as 27,000 Debenhams workers tighten their belts.

Or should that be 26,699 Debenhams workers? One man who is unlikely to be tightening his belt is the company’s CEO Sergio Bucher.

What he earned in 2017/2018, his first full year in the job, has not been announced yet but it could well make painful reading for Debenhams workers.

Yet we shouldn’t single him out unfairly. The former Amazon executive is not the only one doing well out of Debenhams. In the same year, 16 senior executives were paid £6.1m by the company while the share price slid from £80 to £55 a share.

Meanwhile, Debenhams 27,000 employees took home just £408m between them all. This is an average of just £15k each in a year – although admittedly it does include 19,000 part-time workers.

According to the High Pay Centre, such huge pay for chief executives is not unusual. In the last 25 years, executive pay has quadrupled while workforce wages have barely kept up with inflation. The High Pay Centre propose putting workers on company boards, paying executives in cash rather than shares and bonuses and insisting on a 40:1 pay ratio between the highest-paid worker and the average worker. The current average pay ratio for FTSE 100 companies is 150:1 while some companies like John Lewis and TSB have a 70:1 policy.

The case for pay inequality is strong in any company but particularly in one where such drastic job cuts are on their way and where management are clearly failing to look after the business. Bucher should never have been allowed to take so much from a struggling company.

Debenhams did not immediately reply to a request for comment.