The US far right's links to senior Brexiteers aren’t coincidental: fragmenting the continent is the first step towards fostering extremist politics. 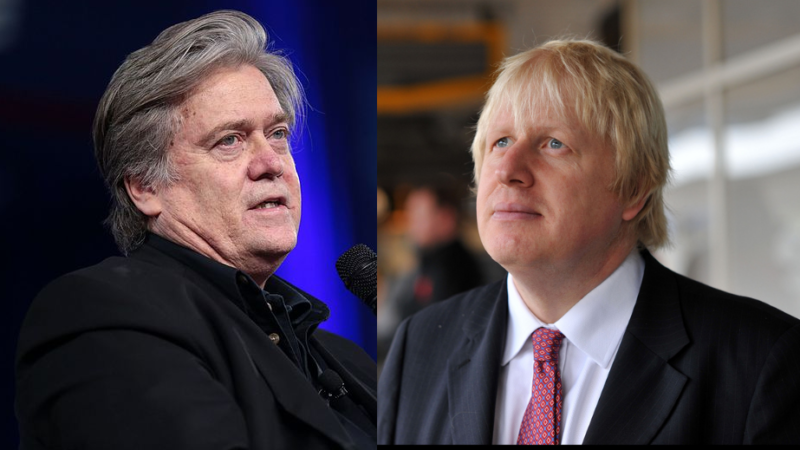 With Brexit dominating headlines all year – and, in truth, since the 2016 vote – much of the public will be thankful for the respite provided by parliamentary recess.

Poll after poll shows that Britons are tired of the constant inter and intra-party squabbling, and exasperated by the government’s ongoing failure to come up with anything like a viable plan for leaving the European Union – let alone one that compares to our current deal inside the EU.

Unfortunately, Brexit hasn’t gone away – and neither have the politicians egging it on. On the contrary, some of them have been very busy indeed.

The ‘cash for access’ scandal that was exposed last week is one heinous example. Undercover footage shot by the environmental group Greenpeace, then shared with the Guardian, showed the Institute of Economic Affairs (IEA) allegedly touting access to senior ministers in return for donations from US agribusiness.

Two of the names mentioned – environment secretary Michael Gove and trade secretary Liam Fox – would play a key role in shaping the landscape of post-Brexit Britain if it goes ahead.

That’s scary enough as threats to our democracy go. But that wasn’t the only dodgy bit of business conducted by MPs recently.

It was revealed this week that a number of highly influential Brexiteers – inside and outside of government – have been holding talks with American extremist-in-chief Steve Bannon (of Breitbart shame, then Trump administration shame). Bannon, not satisfied with lumbering his own country with a sexist, racist, megalomaniac, has turned his attentions to Europe.

Bannon’s vision is a dark one: a wave of alt-right neo-fascists sweeping to power across the globe. His strategy is focused on destroying the EU from within by electing MEPs amenable to his extreme views: in the last four months, Bannon has visited Europe twice to scope out far-right groups who will inject European language into an American project: The Movement.

And let there be no mistake: Brexit is absolutely a key part of the plan to shake Europe up. Fragmenting the continent, creating conditions for extreme politicians to advance and slowly normalise their positions is greatly enabled by Brexit.

This is a great insult to people who voted leave: few of whom voted out of racism. Bannon and Farage’s attempt to influence and label the leave vote is outdated and takes us as a country further away from mending the austerity, lack of local control and lack of opportunity that were major reasons for many people’s votes to leave the EU.

And with the devil conducting his orchestra of the unholy, Europe is certainly in trouble. Hate crimes across the continent are on the rise: we need to double down our efforts to fight extreme politics.

The links to senior Brexiteers aren’t coincidental. Nigel Farage and UKIP, still searching for relevance after the referendum, were unsurprisingly quick to sign up to Bannon’s  vision.

But what of the likes of Michael Gove, Boris Johnson and Jacob Rees-Mogg? These are elite MPs who have benefited personally from the growing tide of populism. Their vision for Britain outside of Europe also represent something much deeper for the far-right. Bannon himself said Britain’s departure from the EU was “fundamentally going to change” European politics, fuelling substantial anti-EU sentiment.

In other words, Brexit is Bannon’s bridge to the extreme right across Europe and the world.

At Best for Britain this is part of the fight: we want a future for our country that is based on tolerance, respect and working together across countries, not a dystopian divide and conquer run by Trump’s divisive general from the far right.

We want the British public to have a choice on Brexit that allows us to compare our current bespoke deal with whatever Theresa May brings back – not just because we want to ensure the UK doesn’t lose out, but because we believe Britain should be at the forefront of the fight against this extremism, alongside our partners.

It’s a fight we must win. If we don’t, the consequences will hit future generations the hardest, long after Bannon has moved on.

Eloise Todd is CEO of Best for Britain.