Damian Hinds thinks screens are to blame for children struggling with speaking when they start school. But there are other factors at play. 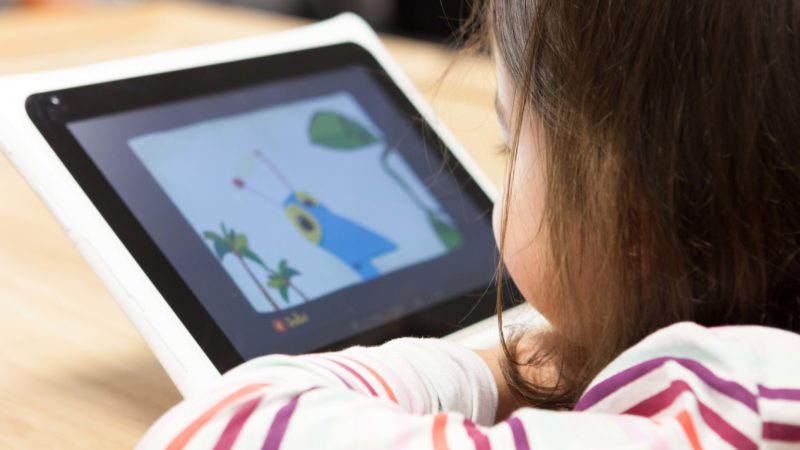 Children beginning primary school are unable to use sentences because of the ‘amount of time they are spending in front of screens’, if our education secretary Damian Hinds is to be believed.

But while it’s good that light is finally been shed on the issue, the implied cause behind this trend is far too simplistic.

As a Speech & Language Therapist who worked across London in some of the capital’s most deprived boroughs, it was an uphill battle to address the low spoken and written language skills of four and five year olds entering reception and year 1.

Many of these families faced unimaginable pressures with regards to housing and financial security – which meant many were balancing their jobs with childcare and accessing food banks.

One of the most overwhelming trends in the schools I worked in was the fact that the first time these children were flagged to health and education professionals was at the age of five. We know that children who receive intervention before five years old have the most optimal chance of catching up with their peers.

Yet the decline in early years services – including the closure of Sure Start Centres, overstretched services, and long waiting lists often meant that the families I worked with had not received much or any input ahead of starting school.

If this issue is to be tackled effectively, Ministers have to understand that supporting children’s language and communication is a joint venture between parents, education professionals and health specialists.

It is through professionals and parents working together that we facilitate the best outcomes in speech, language and communication skills – building trust and a bridge between home and school that reaches into the community.

But to dismiss the far-reaching impact of the failure to properly invest in our early years services – and instead attribute the reasons behind this upward trend of children starting school unable to use complete sentences as purely a result of too much time in front of the TV – is irresponsible and simplistic.

It seems astonishing to me that a summit would be called with the intention of encouraging ‘more parents to read and learn new words with their children’ that extends an invitation to ‘businesses, charities, tech companies and media groups’. The core group missing from this list are those with the most knowledge and expertise to actually make a systemic change.

Damian Hinds implies that Speech & Language Therapists would not play a role in this endeavour, fundamentally undermining the objectives of the exercise and further indicating a limited understanding of the root cause of this issue.

If they want to tackle the emerging crisis in this country around children’s equal opportunities in education, the government needs to show they are committed to understanding and addressing the root causes of the issue.

That means engaging with the specialists across education and health to understand how language development can be best facilitated.

And there needs to be acknowledgment that the failure to fund and resource early years services is having a detrimental impact on children’s development, which is further exacerbated by the substantial financial pressures faced by working families and decline in community initiatives.

Early intervention is the ultimate prevention – and the greatest opportunity to remove social class from the equation when it comes to educational attainment.