The BBC should ban think tanks from appearing on air unless they disclose their main sources of funding. 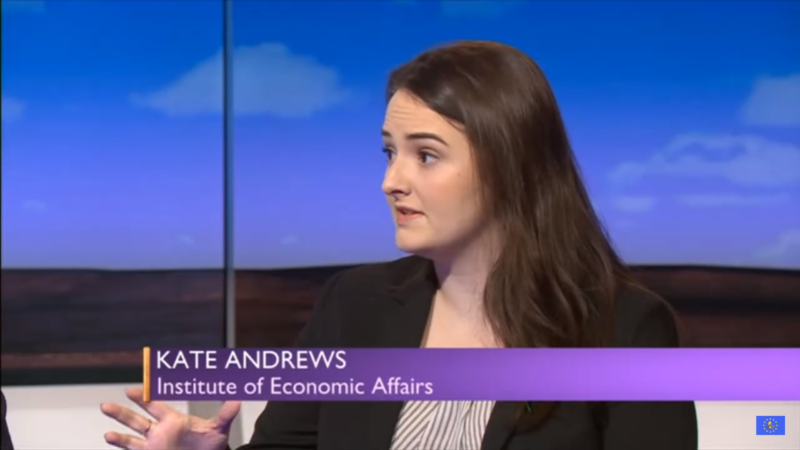 As the Brexit saga rumbles on, many are still rightly aghast at the revelations that Vote Leave broke electoral law.

The issue of how money can influence the political process and of how we can ensure accountability in our politics is a question that should be of constant concern to all democracies.

The far right is resurgent across Europe and the United States, and it is becoming harder for authentic left-wing opposition to have its voice heard without media misrepresentation. The fact that modern day demagogues such as Nigel Farage are being given near unlimited screen and air time isn’t helping either.

That is why it is imperative that publicly-owned and funded TV stations, like the BBC and Channel 4, stop hosting representatives from right-wing think tanks on prime-time TV shows, if those think tanks won’t disclose their sources of funding.

The National Health Action Party was recently approached by the BBC’s Newsnight team to provide a guest for their show. We were told the guest would be debating the Institute of Economic Affairs’ Kate Andrews on the future of NHS funding and NHS reform. We duly replied and put them in touch with a fellow NHS activist and practicing doctor. The BBC accepted.

All the normal arrangements were made, but at the last minute the appearance was cancelled. This didn’t prevent the BBC from spending public money on producing a slick video, aired on a publicly-owned TV station that is supposed to be “impartial”.

It featured the unchallenged verdict of an ideologue, calling for the dismantling of our publicly owned National Health Service (click for full video):

“It’s time to overhaul the NHS and replace it with a system fit for 2018” – Kate Andrews argues that the NHS’s “sacred status” prevents much-needed reforms.@KateAndrs | #newsnight pic.twitter.com/tCpVZ446pO

The public outcry over the BBC’s breaking of its own rules on conflict of interest was wholly justified. Many, such as our former party leader Dr Clive Peedell, are now calling for the BBC to implement a new code which prevents think tanks from being able to appear on air should they not disclose their main sources of funding.

Of course, we agree with the sentiment – but we think going a step further is necessary.

If part of the Brexit result was down to people wanting more money for the NHS – however erroneous the promise may have been – we think it’s only right that the British people should be protected from having a Health Secretary forced upon them who is financially backed by the head of a think tank that wants to privatise the NHS.

Matt Hancock has received £30,000 in donations from the head of the IEA, Neil Record. The IEA is one of the least transparently-funded think tank in the EU, with an annual income of £1.9m, according to WhoFundsYou.org.

It boasts the illustrious record of having a Head of Health and Welfare who decries all doctors as communists, and has made clear that neither he nor the IEA will ever reveal the IEA’s sources of funding. (We do know, however, that the organisation has received funding from big tabacco companies).

It’s time for us to strike out against the undue influence of shady think tanks in our politics. We should start by putting pressure on MPs to support a revamped Code of Conduct in Parliament, preventing the appointment of any Health Secretaries with financial links to think tanks or organisations which promote or stand to benefit from the privatisation of the NHS.