Donald Trump is not the Brexit hero many make him to be. His trade policies are only about deregulation and profiteering. 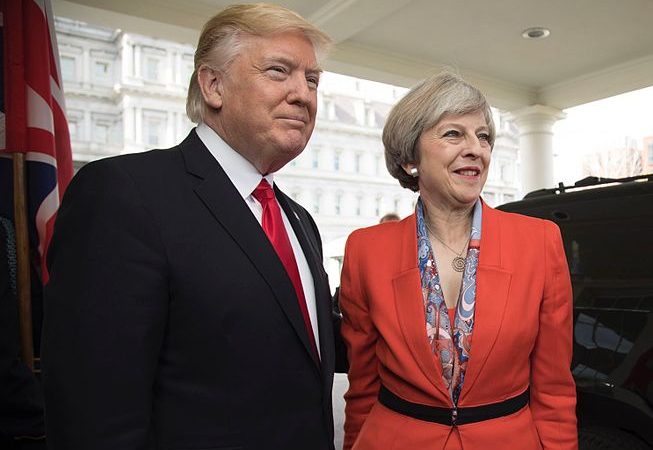 There seems to be a romantic view amongst some Brexit supporters that Donald Trump is going to ride in at the last minute and save us all from the damage of a hard Brexit with the offer of a great trade deal. This is utter fantasy.

He believes that trade deals are a zero-sum game in which one side wins and the other side loses.

Having recently visited the US with the International Trade Select Committee to meet with trade negotiators in Washington, I have first-hand experience of the Trump administration’s approach to trade deals. From Bombardier to the steel tariff saga, we are facing the very real risk of descending into an international trade war thanks to the reckless actions (and tweets) of Donald Trump, with working people set to pay the highest price.

In spite of this, still the pro-Brexit wing of the Conservative Party gaze to him with starry-eyed optimism.

And we wouldn’t just be subjugating ourselves to the whims of Donald Trump: we know what the US always demands in terms of concessions in order to agree trade deals with other countries, because they conveniently publish a list of their key demands.

Trump’s US Commerce Secretary Wilbur Ross has stated he wants to remove any “unnecessary regulatory divergences” between the UK and the EU – a dilution of standards on everything from animal welfare to chemicals to sanitary measures.

Why? So large US agri-businesses can sell us products like chlorine-washed chicken, hormone-injected beef and milk from infected cow udders. They also object to the protected status we provide to certain famous food products, like Cornish pasties or Cumberland sausages. They would want such protections scrapped so cheap US imitations could flood our market.

Another long-standing objective of US trade negotiators is to open up our NHS to private US healthcare companies.

This was one of the main concerns raised when the EU was negotiating its own trade deal with the US, TTIP. The deal was ultimately killed because of the massive public backlash against such possible outcomes.

Be in no doubt, with the UK in a weaker negotiating position if we ultimately leave the EU, carving up the NHS will go right back to the top of the agenda for any US trade deal.

But the arguments against a possible Trump trade deal are about something more fundamental than the technical details of any potential negotiation: they are about what kind of country we want to be in the future.

Do we want to transform ourselves into a deregulated, anti-worker, environmentally unfriendly tax-haven in which large corporations are free to do as they wish, with our elected government unable to hold them to account? Or do we want to be a country that is looking to strengthen protections for workers, look after our environment for future generations and become a world-leader in standards for things like animal welfare?

I believe strongly in the latter vision, and the vast majority of the great British public agree.

We’re not interested in scrapping our standards on the environment or food standards just to make Donald Trump happy, no matter how much Liam Fox might wish it were otherwise.

So when Trump visits the UK this week, we must make it crystal clear: we will not accept his trade deals. Deals that slash standards around animal welfare, public health and consumer protections, and more worryingly risk opening up our economy to mass deregulation and privatisation through the back door.

Catherine West is Labour MP for Hornsey and Wood Green, member of the International Trade Committee. She supports the People’s Vote campaign.