As new figures show wage stagnation for workers - and big pay hikes for bosses - Prem Sikka argues it's time to bold solutions to the inequality crisis. 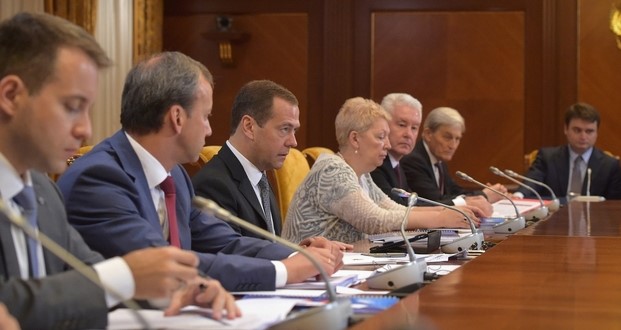 A new report by the Resolution Foundation says that the average income for all households in 2017/18 increased by just 0.9% – the lowest rise for four years.

Poverty and inequality is on the rise. In real terms, millions are worse off. Yet a the other end of the pay spectrum fat-cattery is rife.

All wealth is generated by the collective efforts of stakeholders – but a large chunk is grabbed by executives even when corporate performance is poor. The government has done little about the skewed distribution of income generated with the brain and brawn of workers.

The latest gimmick is to “name and shame” fat-cat executives for undeserved remuneration.

The origins of the gimmick are in the government’s misguided belief that shareholders can somehow constrain executive pay, and fat-cats will voluntarily restrain themselves. Needless, to say the bosses of big companies don’t want any statutory constraint or binding sanctions from shareholders or any other stakeholder.

In August 2017, the government accepted a proposal from the Investment Association, a trade body representing UK investment managers, for the creation of a register which would name and shame directors, if 20% of the shareholders in about 2,000 quoted companies voted against executive remuneration.

Thousands of unquoted companies are ignored. The idea is that naming and shaming would somehow wean shameless fat-cats off their diet of excessive pay. The register is on a website hosted by the Investment Association, signifying how the government privileges private sector solutions.

Are shareholders really bothered about checking fat-cattery and income inequalities? Can ‘naming and shaming’ make any difference to fat-cattery?

Most shareholders hold shares for a very short-term and are focused on returns. They have little reason to check fat-cattery as long as it enriches them. Nearly 54% of the shareholders of UK-domiciled companies reside outside the UK and have little contact with the corporate products/services and employees, far less care about inequalities in the UK distribution of income and wealth.

By June 2018, 140 executive pay resolutions with more than 20% votes against have been recorded in the Investment Association’s register, and an additional 14 resolutions have been withdrawn.

Shareholders can flag their concerns – but it doesn’t always mean action. In 2018, 37% of the shareholders voted against or abstained from approving executive remuneration, but AstraZeneca chief executive still received a remuneration package of £9.4 million.

34.2% of shareholders voted executive pay at BT, but its chief executive still pocketed £2.3 million, including a £1.3 million performance bonus – just weeks after axing 13,000 jobs. More recently, at Royal Mail 70% of shareholders rejected the executive remuneration policy but it made no difference to the amount collected by the board.

So in addition to shareholders, employees in large companies should be empowered to vote on executive pay. Employees facing low wages would not vote for an excessive pay packet for executives. Therefore, executives will need to pay attention to employee welfare and pay levels, or they won’t get their own pay.

Established customers should also be empowered to vote on executive pay. Those hit by rip-off prices, unreliable products/services and dud financial products are unlikely to support excessive executive pay. This would exert pressure on companies to pay attention to the concerns of consumers.

Real sanctions should be introduced against executives that continue to flout the will of stakeholders – i.e. shareholders, employees and consumers.

This would immediately trigger another resolution requiring shareholders/stakeholders to consider whether the entire board, with the exception of the chairman and CEO, ought to be re-elected. Such a procedure has some teeth and forces executives the face the consequences of their actions.

Something similar already exists in Australia, where a vote against executive pay by 25% of shareholders (employees and consumers are excluded) for two consecutive years can trigger possibility of board election.

The way to solve fat-cattery isn’t listing big earners on a website. Instead, corporations need to be democratised – and stakeholders need to be empowered to exert their clout.