Green deputy leader Amelia Womack argues her party has new challenges to overcome, but a lot of new opportunities to seize under her guidance too. 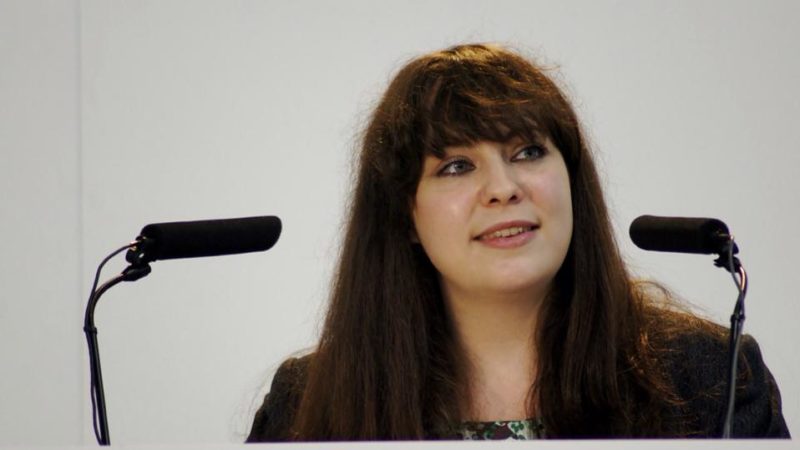 Four years ago, when I was first elected Deputy Leader of the Green Party, I was surveying a political landscape which looked very different from the one we find ourselves occupying today.

Jeremy Corbyn was still a rebel backbencher, Brexit was just the fantasy of Nigel Farage and a handful of Eurosceptic Tory MPs, and the ‘Green surge’ which would see us gain unprecedented national prominence was just over the horizon.

In those four years, we have achieved so much.

We brought anti-austerity politics into the mainstream, and showed there was a huge public appetite for a new way of doing things; we have stood with migrants and refugees in the face of relentless xenophobia; and we have continued to put climate change and environmental justice on the agenda.

Now, however, we are facing a very different situation in British politics, and one which clearly has its risks for the Green Party.

In 2019 we’ll see Green councillors across the country – many who were first elected during that Green surge – facing re-election, in a much tougher political terrain. Given the weak and precarious position of Theresa May’s government, we also can’t rule out yet another General Election within the next year, which would require a mammoth effort to mobilise for so soon after the last one.

With these challenges, though, come real opportunities for us: to build on the gains that we made in this year’s council elections, and to continue to shape the debate by being an outspoken voice on issues that matter.

If we are going to meet these challenges, we need a leadership team with the experience, ideas and commitment to deliver dynamic Green campaigns and really build our party.

With four years’ experience under my belt of leading the Green Party through turbulent times, I know I’m the right person to be a part of that team.

During my time as Deputy Leader, I’ve been on the front line of campaigns from resisting Preston New Road to student occupations at Queen Mary’s University of London.

I’ve seen what Green campaigning can do: I went to Grenfell Tower in the aftermath of the disaster and it was Greens working with the community that found funding to provide translations of emergency information for residents; it was through having elected representation on the London Assembly that we were able ask the tough questions and hold those in power to account – proving the power of Greens as campaigners and how we use our power effectively when we are elected.

I’ve championed the structures that have got more Green councillors elected year upon year, and want to build on these strong foundations to take us to the next level.

In 2017 I worked to ring-fence money for candidates from underrepresented groups that could be used on deposits, child care, or support such as sign language.

But there’s more to do – for example, I want the Greens to be the first party with 50% women and non-binary candidates, and that has to start now with training and support.

I also want to broaden the scope of the training we provide. We currently have a campaign school focused on ‘target to win’ that’s been incredibly successful, but now I want to see a campaign school on issue based campaigning – such as challenging new developments, challenging air pollution, or saving parks. When we run these campaigns in our local areas, we genuinely change things for the better in our communities and use the success to get more Greens elected.

As well as working internally to strengthen our campaigning and grow our capacity from the grassroots, I’ve spent my time as Deputy Leader working with the party’s communications team to build and maintain a profile in the media. This means that on crucial issues from domestic violence to renewable energy, press outlets regularly approach me for a Green perspective.

Every opportunity like this allows us to set out our Green vision for the future: one in which we invest in green technology, not nuclear weapons; in which no-one has to use a foodbank to feed their children; and in which we spend less time making ends meet and more with our friends, our families and our communities.

The Green Party has a unique, bold, and desperately needed alternative to the politics offered by the other parties. I’m so proud of what we’ve done so far to bring that vision into British politics – and so excited for the next part of our journey.

Amelia Womack is standing for Deputy Leader of the Green Party. You can find out more at www.ameliawomack.co.uk and follow her on twitter @amelia_womack

This piece is part of a Left Foot Forward series on the Green Party’s current leadership election. Voting opens on the 30th July and closes on the 31st August, with the results announced in September. LFF is taking pieces from all the candidates.

Got a story or take on the leadership election? Contact [email protected]

Leadership candidate: the Green Party should accept the EU vote and move on

Deputy Leadership candidate: “The Greens are too London-centric. It’s time to change that”

Leadership Candidate: “We will be unapologetic about the need for radical change”