Business leaders, unions and MEPs across the spectrum are calling on the government to stop fighting - and protect UK jobs and rights instead. 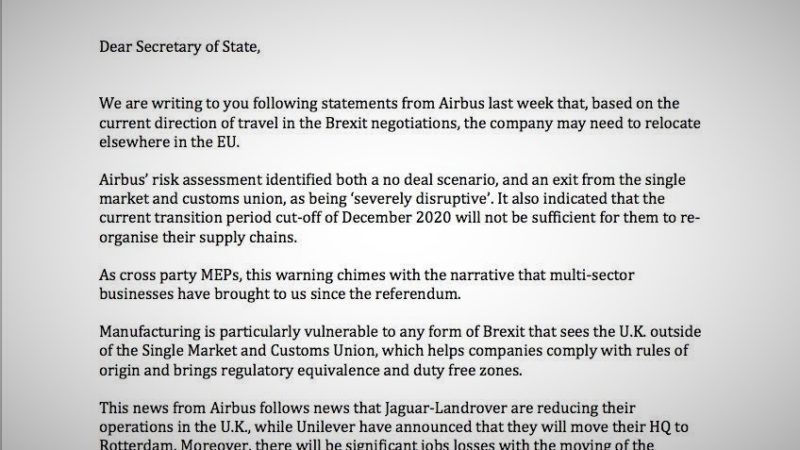 If Brexit has done anything so far, it has been to unite some extremely unlikely bedfellows.

Wednesday saw business leaders, unions and MEPs do what Theresa May’s Cabinet have totally failed to do so far: agree on key issues surrounding our departure from the EU.

The leaders of the Trades Union Congress, the Confederation of British Industry, the European TUC and BusinessEurope (the European CBI) put out an unprecedented statement, ahead of a key European Council meeting.

The organisations agree on the need for ‘regulatory alignment’ – the same rules on standards – maintaining frictionless trade, and avoiding a hard border in Northern Ireland.

They represent 45 million workers and 20 million employers across Europe, and are calling for ‘urgency’ in the talks – and back ‘a mutually acceptable level playing field for workers’ rights’:

“The UK government and the EU will need to agree on all aspects of regulatory alignment, which is of the utmost importance, without jeopardising the integrity of the single market.

“Employers and unions have already developed a consensus on issues such as the need to prevent a hard border on the island of Ireland, and the rights of UK citizens in the EU and EU citizens in the UK.”

But it’s not the only alliance that has shown the strength of frustration among those outside the negotiating tent.

The letter backs up the warnings of Airbus last week, highlighting the ‘severely disruptive’ impact of leaving the Customs Union and Single Market.

The group also point out that the scale of business worries may be much higher than we know, given the practice of employers being told to sign Non-Disclosure Agreements with the government.

“Your portfolio is one that is intended to protect and grow British business. We hope you will agree that the current climate of uncertainty surrounding the Brexit negotiations does nothing to advance these aims.”

Here’s the letter in full: 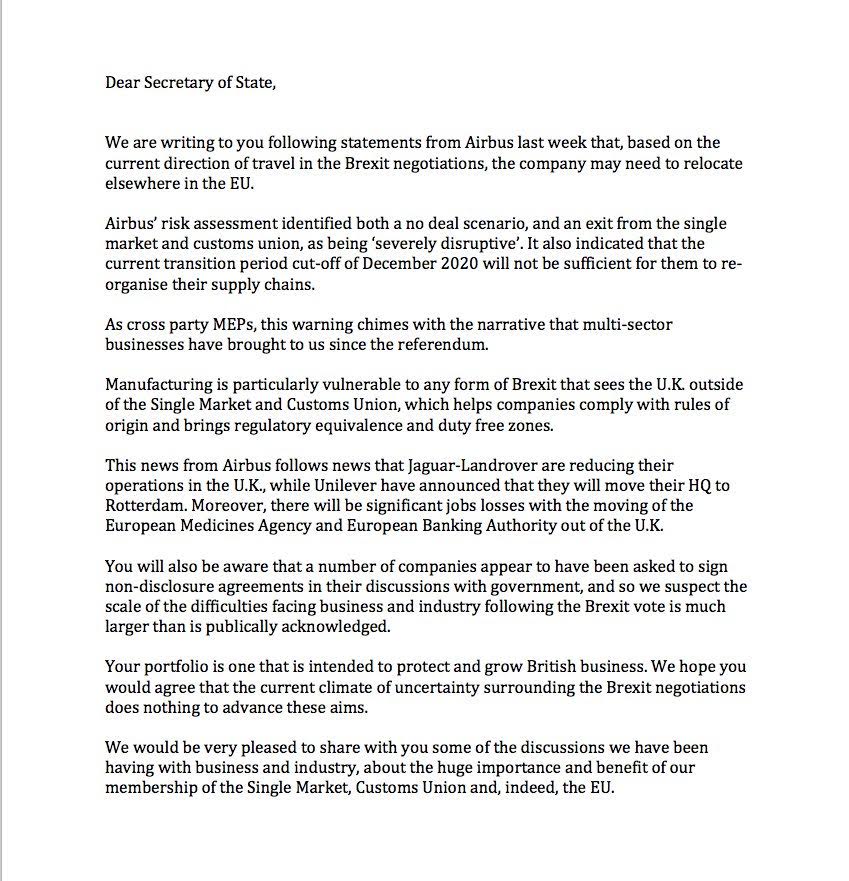 “As MEPs we have been aware for some time about the risk to the livelihoods of the businesses we represent if we leave the single market and customs union.”

Cabinet squabbling plays a big role in the lack of a plan with just six weeks of negotiating time left.

The statements of unity come as Parliament’s Exiting the European Union Select Committee warn that an extension of Article 50 may be required to prevent the UK crashing out of the EU with no deal.

“Amid uncertain times, we appeal to negotiators on both sides to put jobs and prosperity before politics.”