Jude Kirton-Darling argues that much like workers vote on final negotiations between union and employer, so too should Britons vote on final Brexit deal. 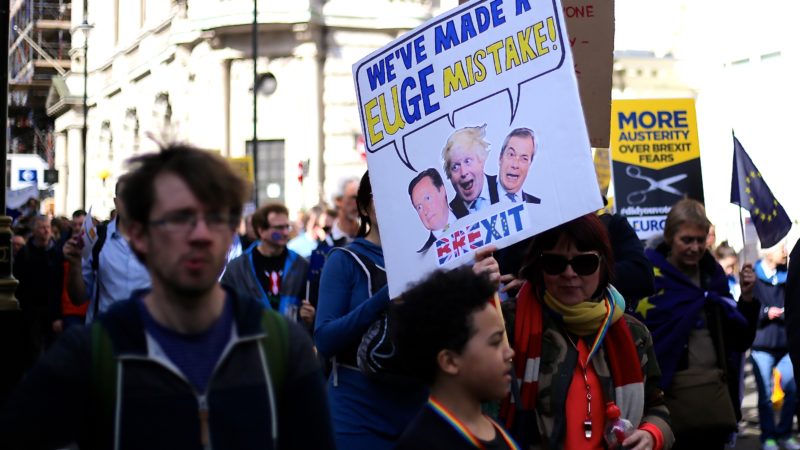 Democracy is a fragile plant. We must tend to it in order for it to flower and bear fruit.

In recent times representative democracy has been much maligned. MPs have been treated as ‘traitors’ or ‘enemies of The People’ if they’ve questioned the merits of different Brexit options facing the country.

The “will of the people” is a term thrown around as soon as disagreement is raised. Against this backdrop we run the risk of our fragile plant withering away.

Now MPs are being railroaded by Theresa May to vote on all the Lords amendments to the EU Withdrawal Bill under a barrage of intimidation from the tabloids.

There may be successful rebellions against the government’s destructive line, but hard Brexiteers will then brand this as ‘Brexit betrayal’ and not ‘taking back control’ as they famously described parliament sovereignty during the referendum campaign. Clearly, nothing but the most brutal Brexit will satisfy them.

People voted Leave for many different reasons – I heard many of them on the doorstep in my native North East. The final deal may or may not reflect their intentions – democracy demands that we check.

I come from a proud trade union past. Before being elected as a Labour MEP for the North East of England, I worked for 15 years in the trade union movement. Every trade unionist worth their salt knows that after getting a narrow mandate from your membership to negotiate, you tread very carefully and all finalised agreements have to be well-endorsed by the membership for democratic endorsement.

In June 2016, the people gave an extremely narrow mandate to the government on what is becoming an increasingly complex question. This Tories lost their majority last summer after specifying a polarising, hard Brexit proposal.

And today our minority government are neither capable of uniting in the cabinet, nor in parliament, on the route that should be taken.

With 10 months to go before ‘Brexit day’ on 29 March 2019, our government have still not told our negotiating partner – the EU27 – what it is exactly that we want as we leave the EU.

In all my time as a trade union negotiator – where I’ve seen good and bad negotiating strategies – nothing to compare to this shambles.

Jeremy Corbyn put this perfectly during this week’s PMQs: “It is not the opposition negotiating Brexit… and, sadly, it’s not the government either.”

Politicians rarely admit that they’ve changed their minds publicly. In February, I spoke to Labour members in Hexham and was asked if I was in favour of a referendum on the final deal. I said: “The referendum was about returning sovereignty to the UK Parliament. Parliament is where any final Brexit decision and agreement on the terms should be made”. But I’m reluctantly convinced that only the general public will be able to resolve what they started in June 2016.

I believe that the only way forward for Leave and Remain voters is that, just as union members vote on final collectively-negotiated deals on the basis of a recommendation and explanation from the union negotiators of what has been gained and what has been conceded, the general public must have their say through a People’s Vote.

To finalise Brexit without one is to blindly put our trust in a government that hasn’t made any significant progress in these negotiations in over a year.

So I will be heading to London on the 23 March to join with people from many walks of life, from all four corners of the country, to ask that whatever the UK government negotiates with the EU27 is put back to the people for their agreement. Why not join me? If not now, when?

Democracy is a fragile plant. It depends on the water of public scrutiny and the light of public engagement: a People’s Vote will provide both.

This article was published simultaneously in the HuffingtonPost.