Is a non-regression clause worth more than the paper it’s written on? Jude Kirton-Darling writes. 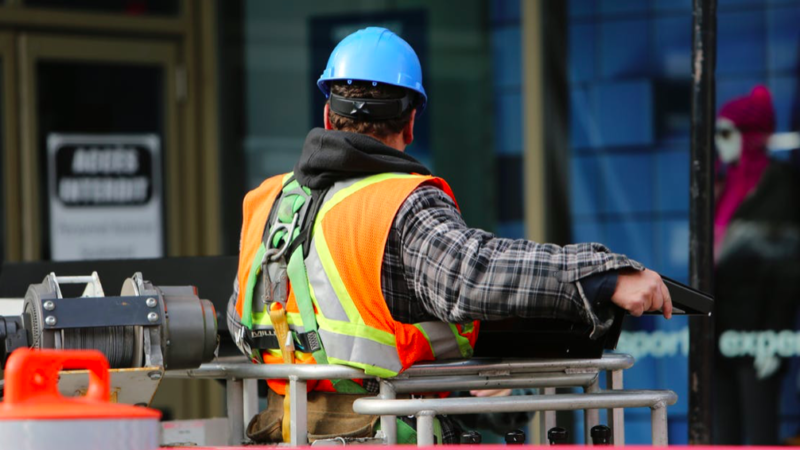 Trust is essential for trade negotiations to reach satisfactory outcomes.

It is in limited supply when it comes to the Brexit negotiations, as the Tory government plays to the gallery at home and in, the meantime, sends mixed messages in Brussels.

While the future of the Good Friday Agreement and the border on the island of Ireland dominates the news cycle, one area has attracted particular attention for EU chief negotiator Michel Barnier and his team: how to maintain a ‘level playing field’ and fair competition if the UK leaves the single market. In particular, EU27 MEPs and national representatives are concerned that Brexit will herald an aggressive strategy of tax, social and environmental ‘dumping’ from a ‘liberated’ Britain undercutting the common protective rules of the EU. For ordinary Brits, those rules represent basic employment and environmental protections which have long been the bête noire of Tory eurosceptics.

Only a few months ago, the Prime Minister refused to confirm that the EU’s working time directive would be maintained in the UK after Brexit. This legislation establishes basic working conditions for everyone in the EU (a maximum of 48 hours working week and a minimum of one full resting day, a minimum four weeks a year of paid holiday, additional protections for night work, etc.).

While many EU countries go beyond with more protective standards, our very own Conservatives see Brexit as an opportunity to dismantle the working rights we’ve inherited from the EU.

As for Michael Gove’s plan – or lack thereof – for a ‘green Brexit’ (“where environmental standards are not only maintained, but enhanced”), it should be assessed against its author’s ministerial track record. Only last month, it emerged that the UK is about to be sued before the European Court of Justice for persistently ignoring EU rules on air pollution. The idea that this government will enhance or even just maintain current standards after Brexit, when it has done nothing to comply with them in the past, is baffling.

Davies, Gove and Boris’s vision for Britain is a future of low taxes, low regulation and low wages: the perfect place to do business, with little or no concern for such irritants as decent working conditions or the environment.

The European Commission may therefore be forgiven for not taking the Tories’ word for it when it comes to workers and the environment. Last week, Michel Barnier announced that the EU will be seeking the introduction of a ‘non-regression’ clause to uphold high standards in the future agreement.

In doing so, the European Commission is following an approach that has been popular in trade deals for the past decade: ‘Trade and Sustainable Development’ clauses (or TSD for short) have become a standard feature in trade agreements negotiated by the EU. These clauses, when they’re well drafted and enforceable can serve as a useful tool to foster progress across the globe: countries that want to sign a trade deal with the EU now need to ratify and implement ILO Conventions on labour rights, UN conventions on human rights and multilateral environmental agreements, such as that of the UNFCCC. Moreover, these chapters often include language about non-regression.

Looking at it in a different way, these clauses are also about self-preservation: the only way for the EU to avoid being on the receiving end of social and environmental dumping is by ensuring a level playing field.

However, to date, the enforcement of these TSD provisions has been extremely poor. For instance, even though strong union rights are included in the EU-Korea agreement, they have not prevented the Korean government’s repeated attacks against trade unions in recent years. The key point is that no sanctions are foreseen when the rules are violated, whether in the form of fines or suspending parts or all of the agreement. Recently, the Commission held a mock-consultation on the issue and concluded it – before even receiving a contribution from MEPs – in saying that there was no support for such sanctions.

The EU has little interest in going after Korea because the competitive impact from its regressive social measures is bearable as far as we’re concerned: trade volumes are, after all, relatively small. But with the UK and EU markets being entirely integrated, the smallest of divergences in terms of standards could have significant repercussions in a situation where borders remain open for business.

If Barnier is to be taken at face value then this is a situation that the Commission will want to avoid at all cost, and an unintended consequence of Brexit could well be that the Commission reverses its stance on TSD enforcement: they will need a carrot for sure, but also a sizeable stick to keep the Tories in line.

Over the last four years as an MEP in the international trade committee, I’ve grown accustomed to being one of the voices in the European Parliament calling for environmental and social standards in trade deals to be taken seriously, and for strong deterrent measures to be included in all trade deals.

With Brexit it looks like this old idea might find new support from unlikely corners of Brussels. If this can become a template for all trade deals in the future, this could well turn into the only positive legacy of Brexit for trade justice campaigners.

As for Britain, we would do well to remember that the only thing between our rights and the Tories is the European Union – another reason why staying in the single market is not only good for jobs and trade, but also for rights and rivers.