"The Tories think they can do whatever they want to Scotland and get away with it. We are determined not to let them," writes the SNP's Mairi Gougeon. 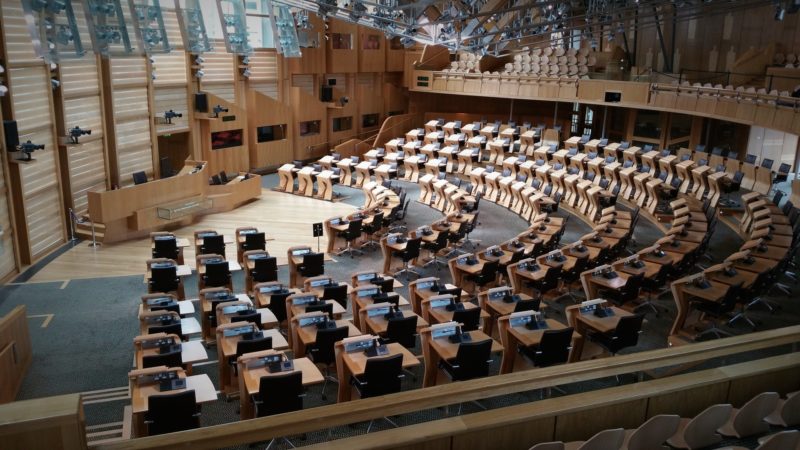 The EU Withdrawal Bill in its current form represents the biggest threat to the founding principles of devolution, as championed by Donald Dewar, since the people of Scotland voted for a Scottish Parliament over 20 years ago.

The core founding principle is that all areas not reserved by the Scotland Act are the responsibility of the Scottish Parliament. The EU Withdrawal Bill, as it stands, tramples all over that principle.

After Brexit, the Tory government wants to take powers over many devolved areas – including important powers relating to issues like fishing, farming and food standards – away from the Scottish Parliament for up to seven years.

Post-Brexit, the SNP is not opposed to having shared frameworks in certain areas across the whole of the UK, but these must be agreed by consent – and not as orders handed down by Tory Ministers.

Their amendments to the EU Withdrawal Bill would enable the Tories to dictate policy in key devolved areas like farming support, environmental rules and food standards, without Scotland having a say or the power to prevent harm from being done. The Tories are now completely isolated in their support for this power grab.

The Scottish Trades Union Congress leader, Grahame Smith, said this week that the Bill exposes “the centralising tendency of Westminster.” If the EU Withdrawal Bill is not challenged, Westminster will be able to centralise more power and overrule democratic decisions taken in Scotland, and the Brexiteers’ ‘take back control’ mantra will mean the complete opposite for Scotland.

Let’s think about what this means in practice.

Scotland would be at the mercy of any UK Government trade deal with US President Donald Trump, which could see our supermarkets flooded with hormone-injected beef and chlorinated chicken. Lowering Scotland’s food standards is not only a public health risk – it would tarnish our reputation for high quality produce and put our food producers at a competitive disadvantage.

Provenance of product is key to Scotland’s exports success and we cannot let cheap imports, enabled by a reckless Tory Government, undermine that.

Michael Gove – who before the EU referendum was full of claims that Brexit would boost Holyrood’s powers – has repeatedly refused to rule out imposing frameworks on Scotland that could force these second-rate products onto our supermarket shelves.

A hard Brexit would mean a loss of around £12.7bn a year for the Scottish economy by 2030, the equivalent of £2,300 per year for every person in Scotland, costing potentially 80,000 jobs.

After the Tories dismissed that analysis as ‘scaremongering’, their own leaked analysis painted a similarly bleak picture, showing that Brexit could cut Scottish GDP growth by 9%.

Whether you voted for Brexit or not, there are real questions of legitimacy surrounding the UK government’s approach to leaving the EU. The SNP has a duty and a mandate to represent the people of Scotland and to make the case for a deal on Scotland’s terms, not on the Tories’ terms.

We have been perfectly clear: we will not let the Tories trample all over the gains of devolution and undermine the Scottish Parliament by constraining its existing powers without consent.

The Tories think they can do whatever they want to Scotland and get away with it. We are determined not to let them.

Mairi Gougeon is a Member of the Scottish Parliament and on Holyrood’s Europe Committee.