It’s time for Labour to do what the majority of its members and MPs want: get off the fence and join the campaign for the People's Vote. 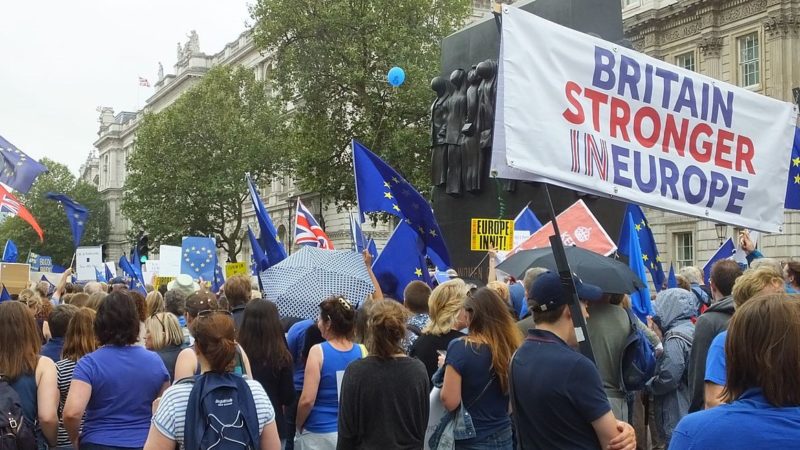 The Lewisham East by-election has forced Labour’s divisions over Brexit into the open.

The local party, fearing their strongly anti-Brexit MP Heidi Alexander would be replaced with somebody more ambivalent about our EU membership, meant they chose Janet Daby over two other candidates favoured by the Labour leadership. Believing that leaving the single market would be disastrous for the economy, Daby has made it clear she is not prepared to make the short journey back to her constituency from Westminster knowing she voted to make the residents of her community poorer.

But it’s obviously going to be a much longer journey before Labour arrive at a coherent position on Brexit. Speaking on Nick Robinson’s Political Thinking podcast recently, Labour frontbencher Angela Rayner said she would refuse to vote for a deal that’s worse for her constituents but said: “I’m not going to disrespect that people said they wanted out of Europe.”

This neatly summarises Labour’s Brexit paradox: an apparent commitment to defend jobs, but no indication on what the party would do in the event of a majority of MPs rejecting the government’s Brexit deal.

Labour’s confusion was reinforced on Sunday, when Barry Gardiner was subjected to some penetrating questioning by Emma Barnett on the Marr Show. His attempts to suggest that the European Union would create a special customs union just for us, and that Labour would be able to be a co-negotiator without EU membership was as unsubstantiated as it was absurd. But then he knows that. He has previously described the idea of the UK securing the exact same benefits after Brexit as ‘bollocks’.

But Labour MPs are feeling somewhat emboldened to rubbish their party leadership’s Brexit inconsistencies and contradictions. Especially following the vote by 83 Labour peers to keep the UK in the single market, in defiance of the whips. But signing up to the European Economic Area (EEA), which would mean continued membership of the single market, cannot be considered the end of the road. The loss of sovereignty that membership of the EEA entails – with the UK going from rule-maker to rule-taker – would be a far greater betrayal of those Labour voters who believed that Brexit was about taking back control.

So Labour’s rebels appear prepared to accept a disempowering soft Brexit while their leadership appear to be banking on a rejection of May’s deal. And seeing this as the crossroads where they can turn in the direction of reopening negotiations. But Michel Barnier has been absolutely clear that there will be no future negotiations and no extension of the article 50 process, unless it is to allow the democratic decision of the British people to have a say through a referendum on the Brexit deal.

Which brings us to Labour’s continuing rejection of the idea of a People’s Vote. Given that Keir Starmer was unable to find a single reason in favour of Brexit, it is extraordinary that he is willing to deprive us of a chance to reject Theresa May’s final deal when we know what this looks like. But here again, there is growing confidence among some Labour MPs to break ranks.

MPs from Liverpool and the North East have written to Jeremy Corbyn urging Labour to support a People’s Vote.

Given the massive divisions within her party, it is already clear that Theresa May is incapable of negotiating any Brexit deal that will pass Labour’s ‘six tests’, and that if we leave the single market and the customs union we will not have the jobs-rich Brexit Labour has promised its supporters.

We also know that Labour’s members and their voters overwhelmingly support both membership of the single market and a People’s Vote. Support is particularly strong among students and young people, many of whom were unable to have their say in the EU referendum. In this context it is surely time for Jeremy Corbyn to start listening to the many rather than be driven over the cliff edge by the few.

Many of us have been patient, understanding the predicament the EU referendum has created for Labour. But a fudged position on the most important issue of the day is losing Labour votes. Best of Britain have already shown that Labour will lose more votes in pro-Remain seats by refusing to fight Brexit than it risks losing in its northern pro-Leave seats by softening its Brexit position. The hard truth is that Labour voters in Huddersfield or Stoke have no realistic alternative. In any case, a vote against the EU was as much a protest against harsh austerity than it was a rejection of Brussels bureaucracy.

It really is time for Labour to do what the majority of its members and MPs want: to get off the fence and join the campaign for a People’s Vote.