Many of women's fundamental rights are enshrined under European law. Brexit could reverse all that. Nina Parker sends a call to arms. 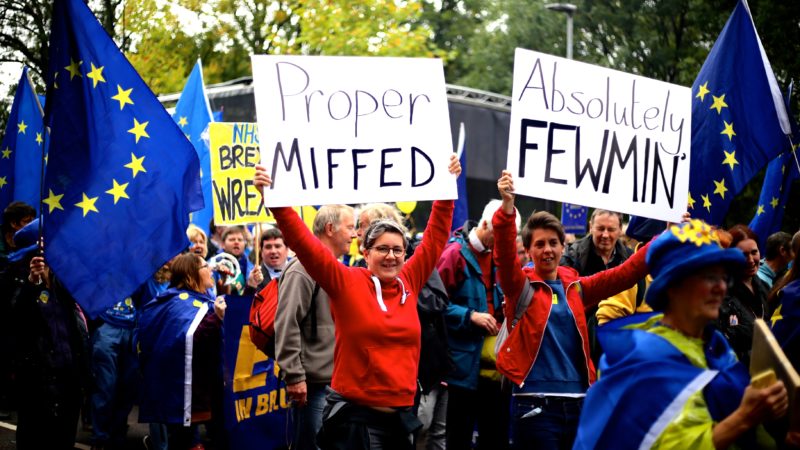 Young women were the largest demographic in 2016 to vote against Brexit. 80% voted to remain.

This is our conversation too.

So far, the Brexit conversation has been inundated with one particular voice: the male one. And here we are celebrating the centenary of female suffrage in the UK, and it dawned on me that Brexit is about to unravel our constitution, and in turn destroy equality rights which have been built up over the last 46 years.

Why? Because the Government has promised to repeal the EU Charter of Fundamental Rights, which safeguards the right to equal pay, equality, and social protection. The Charter lists rights negotiated between 28 countries. That is, 20 different cultures, laws and yet we have found a homogenous document, its strength transcends and can be used by every EU citizen.

In the first EU referendum in 1974, the majority of women in the UK supported remaining in the European Economic Community (the antecedent of the EU).

We wanted to join the EU, we wanted to have an array of rights and communication with our neighbours. Mainly because the pro-EU campaign utilised women. It was put to us. We got those rights, and we have maintained and expanded on the conversation.

And now, 46 years on and human rights remain at the forefront of EU law and principles. There are an array of courts we can currently use if we have been wronged, sexually assaulted or harassed. First and foremost, our British courts, all the way up until the Supreme Court, and then, the EU Court of Justice’, and the ‘European Court of Human
Rights’ (ECtHR) which is actually separate from the EU.

And now let us fast-forward to 2016 where both the IN and the Leave Campaigns failed to address women. The emotion was felt by leavers, while there was barely any emotion on the remain side. Tables have since turned. Why? Because of the personal risks Brexit poses to the individual. The risks to our human rights.

Want to know what it’s like to be a female anti-Brexit campaigner who happens to be an EU citizen and dares to open her mouth to speak at #WomenAgainstBrexit? It’s like this ⬇ (transcribed as received) 1/ pic.twitter.com/QjVjUIt2He

The UK leaving the EU will make it easier for Theresa et al to renegotiate our entrenched rights in the EU Charter and Equality Act 2010 – now at risk of being diluted. And once we leave, we are in danger of losing out on gender equality protection laws. We’ll be out of the loop. Outdated even.

In short, I am calling all women and the 80% of millennials that voted remain, and the many more young women who cannot vote, those whom nonetheless want to ensure the fluidity of present rights. To not be silent on the issue of Brexit.

Equality rights have for too long been second to the interests of business. Trade is not the most impending risk posed in Brexit Britain. It is human rights which should be at the forefront of negotiations.

The Brexit path being taken is very male, very right wing, deeply un-progressive, extremely unrepresentative. if we get a chance to vote on the final deal, we owe it to the memory of the suffragettes too, to use it. And we owe it to ourselves to fight to get that vote and reverse the catastrophic path we are on.

On Sunday May 13th women across the UK gathered in solidarity. The mission has begun, and this time it is female led. Campaigns are forming.

To get involved join Best for Britain, Women For Europe, or Our Future Our Choice.

Nina Parker is a member of the Our Future Our Choice campaign and an organiser of #WomenAgainstBrexit. She tweets here.