Chris Leslie MP: "Labour voters are overwhelmingly opposed to a hard and destructive Brexit, so it’s time for the party’s position to start reflecting that more clearly." 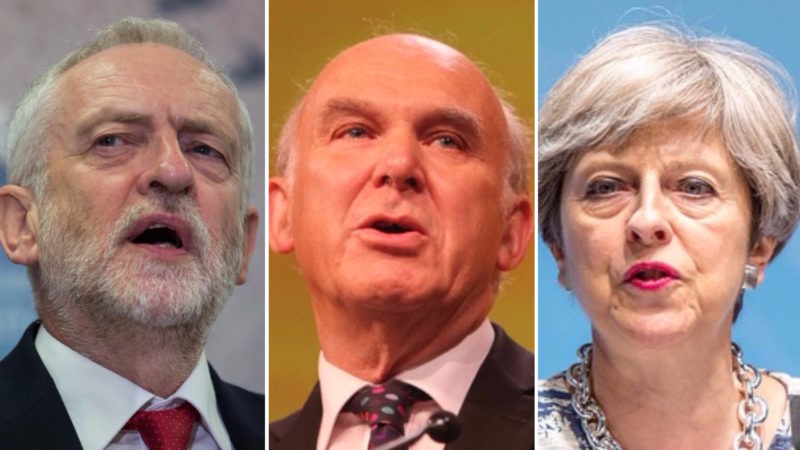 Voters are in the dark about the main parties’ positions on Brexit – with Labour’s position most unclear – according to a poll by BMG Research for Left Foot Forward.

The findings suggest divisions over Brexit are leaving voters clueless as to the main parties’ official stances – with Labour faring particularly badly.

The news emerges after Gareth Thomas and key Labour figures propose a private member’s bill supporting a referendum on the Brexit deal today – in defiance of the party leadership.

And it comes after polling suggests voters would back a fresh in-out referendum on Brexit if Theresa May fails to secure a deal with the EU. 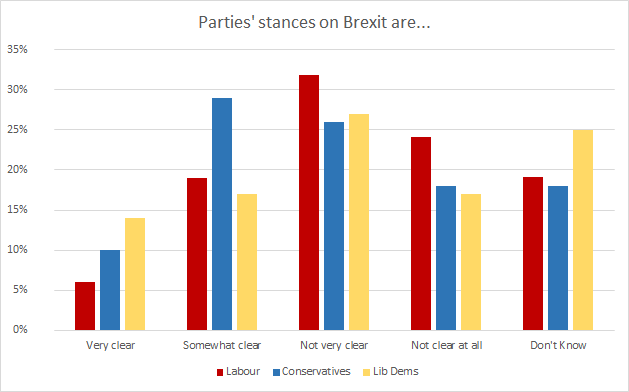 “It appears parties’ divisions over Brexit are leaving voters totally in the dark when it comes to their stances.

“It’s bad news too for the Lib Dems, who’s second referendum position is failing to be heard amid the clamour of Customs Union and EEA debates. Voters do believe they are united – they’re just not sure what on.

“Parties need to get their messages straight – and quick – when it comes to our departure from the EU. Open warfare doesn’t do their images any good – and a party which can carry a clear Brexit stance could benefit.

“Both Labour are the Tories are trying to fudge the issue for as long as possible, but as the battles break into the open – and as Parliament faces key Brexit votes – they won’t be able to hold that for long.”

The findings come in light of Cabinet divisions over a Customs Agreement – and debate in both main parties over whether to back remaining in the European Economic Area, following a government defeat in the Lords last night.

“Despite Theresa May’s vacuous statements, grand speeches from cabinet ministers and Boris Johnson’s bluster, voters still don’t seem to know what the positions of the main parties are on Brexit.

“The government in particular have provided us with zero clarity beyond fantastical visions of cake and eating it.  Labour are being all things to all people but there is a clear electoral dividend if they move to a more anti-Brexit line.”

“It’s no wonder voters are in the dark about the major parties’ positions on Brexit: the whole process is incredibly complicated with new difficulties emerging almost every day.

“There is a clear message here, in particular for the Labour Party. Labour voters are overwhelmingly opposed to a hard and destructive Brexit, so it’s time for the party’s position to start reflecting that more clearly.

“With the whole Brexit process becoming bogged down in complications and difficulties, we need a People’s Vote on the terms of the final Brexit deal so that the people can decide whether or not it’s in the best interests of the country.”

When ‘Don’t Knows’ are excluded, two thirds (69%) of people believe Labour’s position is unclear (to 31% who believe it’s clear), 59% say the Lib Dems’ stance on Brexit is unclear, while 53% believe the Tories’ stance is unclear.

Source note: BMG Research poll of 1500 GB adults aged 18+. Fieldwork was conducted between the 1st and 4th May. The question asked was: ‘In your view, how clear or unclear do you think each of the following parties are with respect to their Brexit stance/policies?…’

See also: Majority back new in-out EU referendum in event of ‘no deal’