England and Wales have lost over 45,000 police officers and staff since 2010. 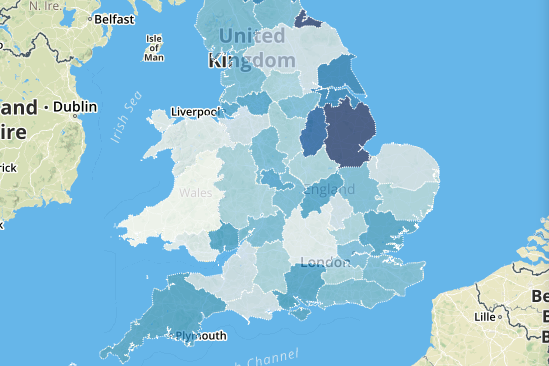 Leaked Home Office documents said this weekend that policing cuts “may have encouraged” violent offenders. Here’s exactly where around the country Tory cuts to the police have fallen hardest.

There’s been a 20 per cent annual rise in gun, knife and serious violent crime across England and Wales, figures in November showed.

But the home secretary Amber Rudd this morning denied that Tory cuts to police forces were responsible for this – saying “it is not all about police numbers”. Let’s be honest though, there’s going to be an effect.

UNISON have developed a map which shows exactly where Tory cuts to police forces have fallen hardest, and as it points out:

Many of the cuts have fallen on police staff numbers – and not directly on frontline officers. But as UNISON points out:

‘All these categories of police staff, as well as police officers, have suffered big cuts in numbers since 2010. UNISON is the biggest union for police staff, with 34,000 of these staff in membership.’

Given the severity of police cuts, the home secretary is going to have a hard time denying there’s any link to the rise in violent crime…

One Response to “Rise in violent crime: here’s how much your police force has been cut by the Tories”