The Metropolitan Police's new crime figures point to a sharp rise in anti-Muslim crime. And some argue Brexit might be to blame. 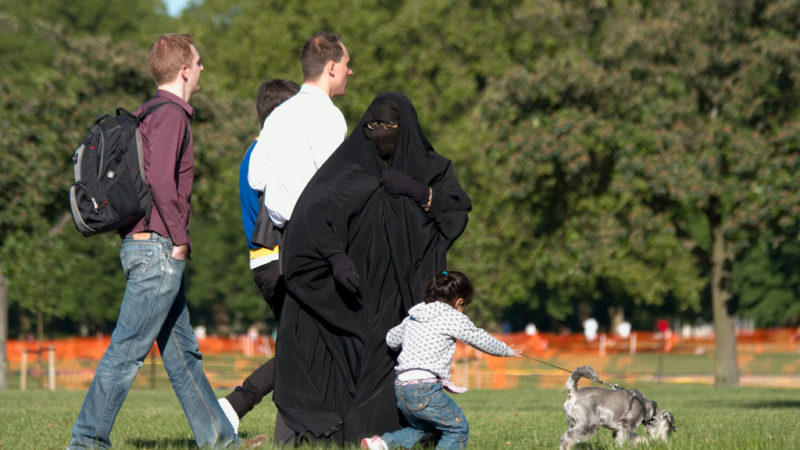 The publication of this year’s crime statistics by the Metropolitan Police mostly made headlines due to the increase in knife crime. But between the many numbers lurked a worrying rise in Islamophobic attacks.

According to the new data collected by the force, a sum of 1665 hate crimes against Muslims were recorded in 2017-18. That would equal a 31.5% yearly rise in Islamophobic assaults.

The figures could, however, be larger, as the Met also catalogs racist and religious hate crimes, as well as faith hate crimes, separately.

“Behind these shocking figures lie lives ruined, women traumatised, children and communities  left in fear. The reality is that Islamophobia and anti-Muslim hatred have passed from the margins to the mainstream, something we must confront if we’re to stop the spread of further hatred.”

Recent polling by the anti-racism organisation together with YouGov found that 37% of Brits saw Islam as a threat to the British way of life.
The campaign’s coordinator added:

“That figure is too high, yet the poll also revealed a startling gap between people’s perceptions of a problem, and the far more benign reality of their daily lives in their own community.  So we’ve got to focus on that problem of perception and why fear is driving people onwards to hate otherwise completely innocent fellow citizens who happen to be Muslim.”

Some believe the exponential growth in hate crimes targeting Muslims is a direct consequence of the Brexit campaign, during which former UKIP leader Nigel Farage put out openly xenophobic propaganda.

“This massive spike in hate crimes is the toxic fallout to the nasty, divisive European referendum campaign that pulled apart communities, families and neighbours.

“Farage stood next to dehumanising posters that depicted people as hordes and then stood back shocked that their fanning the flames of prejudice had a reaction.”

Butters added that the Conservatives had done “no better”, blaming initiatives of then home secretary Theresa May, like the Go Home vans, for ramping up anti-immigrant and racist sentiments.

Islamophobia in the Conservative Party

The news follows a TV interview with Conservative peer Sayeeda Warsi, where the former minister recounted there being nearly weekly anti-Muslim incidents within her party.

“I know within my own party, there are almost now weekly occurrences of Islamophobic incidents and rhetoric.”

Here’s Sayeeda Warsi, former co-chair of the Conservative party, saying “there are almost now weekly occurrences of Islamophobic incidents and rhetoric” in the Tory party. What’s startling is that #Peston didn’t think it was worth picking up on this revelation. pic.twitter.com/z66icoyTgU

Pressure on Amber Rudd has mounted over the past week, with the now Home Secretary having to admit that deportation targets had been given to local forces prior to the Windrush scandal.

And while Rudd has weathered plenty a palaver in her time, it remains to be seen if she can survive the week.