The National Union of Students just changed its policy on Brexit - here's why it matters. 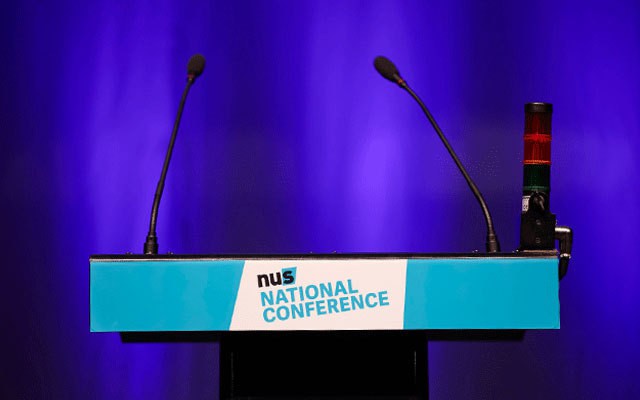 The National Union of Students (NUS) annual conference is in full swing and no topic has gotten young people more inflamed than the vote on whether to support a second Brexit referendum.

Young support for a second referendum is not particularly surprising as an overwhelming 74 percent of voters under the age of 24 opted for Remain on the 2016 Brexit referendum.

Motion HE102 did not come short of ambition, pledging to “campaign for a second referendum on the deal negotiated on Brexit”, as well as lobbying for students’ freedom of movement, and “to negotiate for special immigration status for EU and UK students and academics.” It was passed in its entirety and without amendments.

“It’s fantastic to see the National Union of Students join the growing number of voices across the country demanding a people’s vote on the terms of Brexit.

“Brexit threatens to damage the future of our young people the most and they have been completely let down by this Government and those who enable them in opposition. Theresa May needs to sit up and listen to the growing discontent resulting from her rudderless leadership and bungled Brexit negotiations.

“The British people must have a say on what comes next once we start to see what Brexit will really look like the future of our country.”

Student-lead campaign For Our Future’s Sake also came out in support of the NUS decision, after it spent the last few months mobilising student unions across Britain, calling for a vote on the final terms of Brexit.

A spokesperson for the group told Left Foot Forward:

“Students across the country will be determined and excited after NUS’ support for a people’s vote on Brexit deal and Amatey’s speech, calling for a UK wide demonstration.
“At For our Future’s Sake, we are mobilising students in 30 campuses across the UK. With NUS’ new support for a people’s vote on terms of Brexit Deal and their announcement of a demonstration outside parliament’s meaningful vote on Brexit –  policy makers can see young people are mobilising across the country. The youth are revolting.”

Calls were also made for a national student demonstration on a “people’s vote” on the final Brexit deal.
During his speech, NUS vice-president higher education Amatey Doku said:

“I am announcing here on this stage today that if re-elected, I will support a national, student-led, UK wide, demonstration to call for a people’s vote on the final Brexit deal. Because no matter which you voted we need a say on the final deal.”