What started as a small action over unpaid holiday ends in historic victory for couriters at an NHS provider. 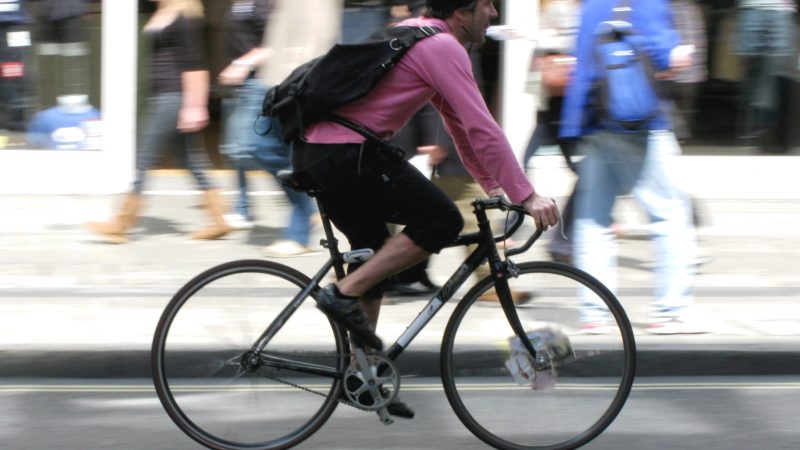 For those losing sleep over the future of workers’ rights in a robot-overlords-ruled dystopia, this might bring a glimmer of hope.

Couriers with National Health Service (NHS) provider The Doctor’s Laboratory were granted union recognition today after an extended fight with the employer.

The Central Arbitration Committee ruled in favour of the couriers, who were hired as independent contractors by the pathology services group.

Much like independent contractors at other gig-economy employers, such as Deliveroo and Uber, The Doctor’s Laboratory couriers were until recently not given the right to a minimum wage, holiday pay, or the ability to collective bargain.

The couriers, who have been represented by the Independent Workers of Great Britain (IWGB) union, were granted the more secure status of “worker” back in June 2017. Some of the campaigning couriers were also given full employee rights last month. And now they have been granted full union recognition.

“We were forced to unionise since every time we went to management with a concern we were being ignored.

“It is quite reassuring that we will now be taken more seriously and have a seat at the table to negotiate what we are rightly entitled to.”

This is not the first time the Independent Workers of Great Britain union has represented gig economy workers campaigning for stronger employment rights.

Last year, a courier at Addison Lee was given full worker status following a campaign by the union. The IWGB also took up cases against large courier companies CitySprint, Excel and eCourier in the past few years.

“Contrary to the Government’s empty platitudes about giving workers a stronger voice, the best way for gig economy workers to have a voice at work is to establish collective bargaining arrangements between their union and their employer,” said IWGB General Secretary Dr Jason Moyer-Lee.

With just over 100 couriers working for The Doctor’s Laboratory, the step might seem small for these workers’ rights – but it sets an important precedent for workers in all types of gig-economy jobs.