Amid concerns over Momentum's democratic deficit, Jon Lansman's run for Labour's General Secretary role has caused unrest within his own movement. 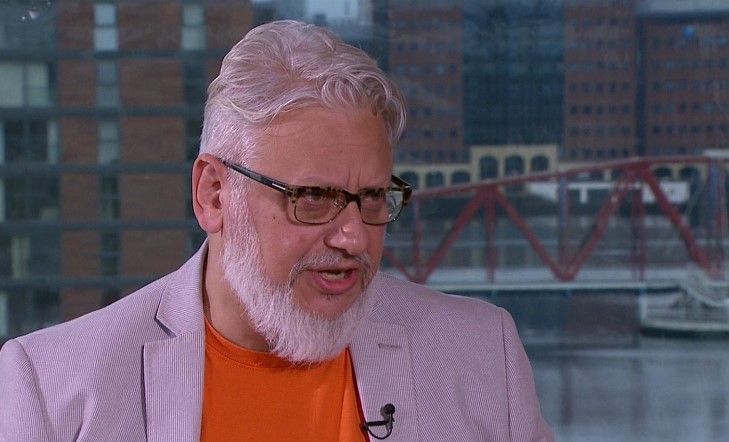 Momentum chief Jon Lansman’s decision to throw his hat into the ring for Labour General Secretary has sparked some fraught debate across the left this past week.

While some view it as a positive attempt to open up the contest, there’s an alternative view – one held by many of my fellow Momentum members.

Lansman’s candidacy shines a light on the lack of democratic accountability within Momentum. But it also gives us an opportunity to rethink how we want internal democracy in the Labour party to really work.

The General Secretary position is an administrative role for which it would be hard to gain the experience necessary outside of the trade union movement – organisationally they are very similar institutions.

That is why the GS has normally come from the trade union movement. And while Jon Lansman has achieved a great deal as a campaigner, he has little experience of this kind – a fact which has made some wonder why he considers himself more suited to the role than Unite’s candidate.

It reflects a democratic deficit, firstly over the choice of GS candidate. The process for endorsing the candidate allows the shortlist to be drawn up by the NEC officers group, which is then voted on by the NEC and approved by conference. So members do get their opportunity for input – in the choice of people on the NEC. But the risk of ‘rubber stamping’ is there.

But there is a broader lack of democratic accountability in Momentum. The new CLP places on the NEC were elected from the left slate. Momentum advertised quietly and interviewed for these positions itself. And despite complaints about the lack of transparency in this process, many voted for the slate as the only way of giving Corbyn the balance of power he needed on the NEC.

Now it appears that some of those chosen by Momentum for the NEC slate are supporting Jon Lansman’s ambition over Jeremy Corbyn’s desired choice for GS. Yet the fact that Lansman polled lower in the NEC election hints at a lack of popularity even on the left. Some members held their nose and voted for him just to help Corbyn.

It seems very unlikely that if Momentum had proper democratic processes, and therefore full democratic accountability, the membership would choose voting for Lansman over Unite’s candidate – a union of over a million members.

We urgently need a rethink of how the left slate is decided – who is it chosen by, and who it is chosen for. How are Momentum members able to choose party interests first over factionalism if they have little say in their candidates?

The same must also happen for choice of Momentum-backed candidates for PPCs. There has been disquiet reported in local groups over the way the process was decided centrally with little or no input from the grassroots.

In Stoke, the local group were furious that they weren’t consulted and someone with no connection to the constituency was the Momentum nominated candidate.

In one South West seat, the local branch – and all candidates – agreed to holding a hustings for PPCs. Yet this decision was overridden and no open democratic process was allowed – causing the local chair to resign, saying democracy had been ‘insidiously undermined’.

It has to be noted that Lansman could only win this post with the votes of the moderates on the NEC – almost all the pro-Corbyn side back Jennie Formby. As does Jeremy Corbyn himself and John McDonnell.

The General Secretary role is both an organisational role and a political one. It should be treated with the seriousness it deserves. I’m a Momentum member, but it has to be said: Unite, a democratic organisation with over a million members, is a better source for this role than someone who poses serious democratic shortfalls.

So will Lansman standing improve democracy? Only if he improves democracy in Momentum first.

This piece was written by a member of Momentum who wishes to remain anonymous.