If politicians are serious about tackling low productivity, then solutions need to start involving employees, and that means unions. 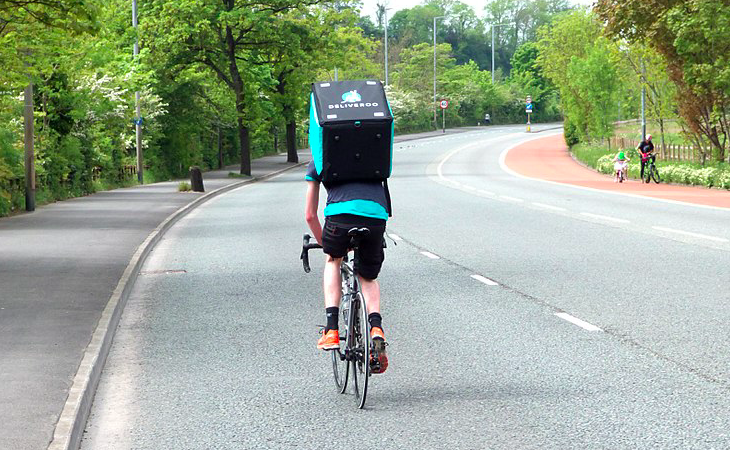 British capitalism isn’t delivering for the economy or workers. Once this was a controversial statement confined to the fringes of public debate but it is now approaching a cross-party consensus.

From Theresa May’s famous ‘steps of Downing Street’ speech to the driving arguments of Jeremy Corbyn’s leadership, there is now widespread recognition that the economy is not working for everyone.

The evidence speaks for itself: nearly three-quarters of people think we should do more to improve the quality of jobs, and less than one in ten think all jobs are fair and decent. Three million people are in insecure work. Productivity today is no higher now than it was before the 2008 financial crash.

Two big problems characterise the UK economy: it isn’t productive enough, and it isn’t sharing prosperity widely or fairly enough. Both challenges are interlinked. We will only solve the productivity puzzle if British industry can lift and empower the millions of working men and women upon whom the success of our enterprises and industries depend.

This is a long-term issue that has dogged successive governments when compared to our main economic competitors, with UK productivity around 15% below the rest of the G7.

Productivity is essential for delivering economic growth. Better skills and workforce engagement are key to raising productivity, as the government found in 2007, when its research concluded that union representatives delivered productivity gains to the UK economy worth in the range of £3.4bn to £10.2bn a year.

Despite growing evidence of the value of engaging employees, collective bargaining is at an all-time low, with just 15 per cent of the private sector workforce covered.

Trade union membership in the private sector is also at record lows and the UK has lower levels of employee ownership and co-operative enterprise compared to our competitors. This is not just a problem for unions, it is also bad for the economy.

British capitalism has been defined by short-termism, underinvestment, and a reliance on a low-pay, low-skills approach.

With the growing Gig Economy and challenges presented by the failures of low-cost outsourcing, the precarious nature of employment is a daily risk for many millions of people.

And this relates directly to our relative economic performance. The UK is not only one of the most unequal economies in Europe, but the one in which employees are listened to least – 23rd out of 28 EU economies in the “European participation index”, which measures the strength and presence of various forms of formal and informal worker voice.

This is why Prospect has teamed up with ResPublica to take our case for a New Bargain to politicians and as strange as it may seem to Conservatives.

If politicians are serious about tackling low productivity, then solutions need to start involving employees, and that means unions. It is a steep hill to climb.

The current Government has been responsible for some needless attacks on trade unions. It’s recent Industrial Strategy talked a lot about people, but little about unions or what practical engagement would mean.

A new role for collective bargaining is not just about pay and conditions, it should also be about improving leadership, lifting the performance of businesses, flexible working and addressing the skills challenge. This is not about turning the clock back, but creating a duty on companies to engage and negotiate with their workforce.

The TUC, amongst others, makes a strong case for sectoral bargaining, particularly in low wage sectors, but we also want to see a focus on company level agreements. Collective bargaining is also the starting point for ensuring equal pay happens and the the gender pay gaps which are being reported upon are narrowed.

Brexit leaves Britain with a choice between becoming a high-engagement, high-productivity economy, or joining a race to the bottom in standards and outputs.

Addressing the democratic deficit in British capitalism is the missing piece of the productivity puzzle.

That is why we are encouraging a renewed debate about collective bargaining and shared responsibilities; including new rights for workers to check decisions made by their employers, a national framework to ensure employee voice in Sector Deals and better access for unions to make their pitch to employees.

This is not a time for business as usual. Rising inequality, stagnant wages and anger at injustice in our economic system are hallmarks of a system that is broken.

The prize will go to politicians willing to work with business and unions to tackle short-termism and come up with solutions to create sustainable growth.

Mike Clancy is general secretary of the trade union Prospect. He tweets here.