It's incredibly concerning that there have been no convictions for practicing FGM, writes London Assembly Member Jennette Arnold. 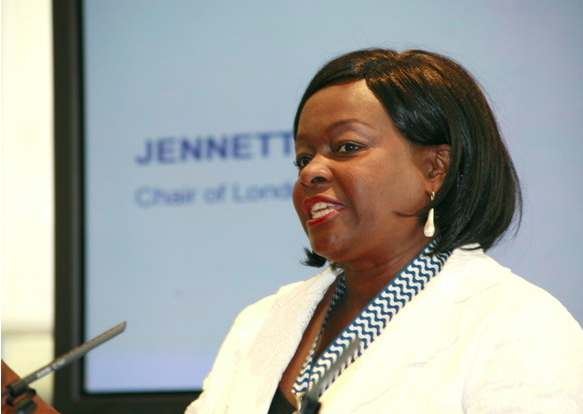 Let’s be clear. Female genital mutilation (FGM) is a crime and has no place in today’s world. It is a form of violence against women and girls and can have an indelible physical and emotional impact on the lives of those who are forced to undergo it.

Yesterday marked the International Day of Zero Tolerance for Female Genital Mutilation and we should be mindful that despite the significant progress that has been made in stamping out this illegal procedure, it sadly continues to blight our communities.

FGM was made illegal in the United Kingdom 35 years ago. However, it is estimated that 65,000 girls under the age of 13 are currently at risk of having to undergo the procedure. Half of all cases of FGM recorded in England are in London.

As a society, it might be the case that we are more open in our discussions about FGM and how we can pull together to expose and prevent it in our communities, but these are undeniably shocking statistics, proving that more urgent action is needed.

I have been at the forefront of the campaign adopted by the London Assembly to ensure that tackling FGM remains firmly on the Mayor’s agenda and that he lends his full support to the aim of London becoming a ‘zero cutting city’.

Last year, I spearheaded a London Assembly report on ‘Tackling Female Genital Mutilation in London’ which makes key recommendations to Mayor about how the practice of FGM can be eradicated from the capital.

The report was informed by a cross-party conference I held with other London Assembly Members which engaged representatives from the police and health, social care and education sectors.

The broad consensus that came from our discussions is that there is no simplistic solution to ending FGM, and that a nuanced, multi-agency strategy is needed.

The conference also identified many issues with the current strategy, with many of the frontline professionals present saying that they were uncertain of how to respond to cases of FGM.

On the back of this, I have made the case that the Mayor must support and resource specialist training for these frontline practitioners who may come across potential victims and survivors. It is also evident that greater coordination between agencies is needed at a regional level.

FGM remains a hidden crime, taking place behind closed doors. As such, improving community engagement around this issue is fundamental.

As the report recommends, there needs to be a campaign across London to raise awareness of the dangerous consequences of FGM, signposting women and girls towards the support they require.

It is incredibly concerning that, to date, there have not been any prosecutions for practicing FGM that have led to a conviction. It is clear that we need to more effectively mobilise communities to come forward with information without fear of reprisal.

I have proposed the launch of a campaign in conjunction with Crimestoppers that provides a financial incentive to members of the public who supply information about known practitioners of FGM which later leads to a conviction.

It is absolutely crucial that the Mayor pushes these proposed measures through in the delivery of his Police and Crime Plan, and I will continue to hold him to account on this.

Over the coming months, I will also be holding a series of events across a number of London boroughs, under the banner ‘Aspirations for our Daughters’.

At these events, I will be joined by other London Assembly members and local councils to engage with at-risk communities about their concerns towards FGM and other health issues.

The situation is stark when thousands of women and girls are living with FGM in the UK today and many others are at risk. Moving forward, we need to remain focussed on protecting women and girls.

In London, the Mayor must ensure FGM is tackled alongside wider issues of violence against women and girls and prioritise the provision of high quality and adipecialised services to all those affected.

To mark International Day of Zero Tolerance for FGM, as a community, we must do all that we can to keep the pledge to make London a ‘zero cutting city’.

4 Responses to “With half of all cases recorded being in London, we have a crucial role to play in ending FGM”