Brexit is a form of illegitimate power grab closer to a soft coup than a democratic process. 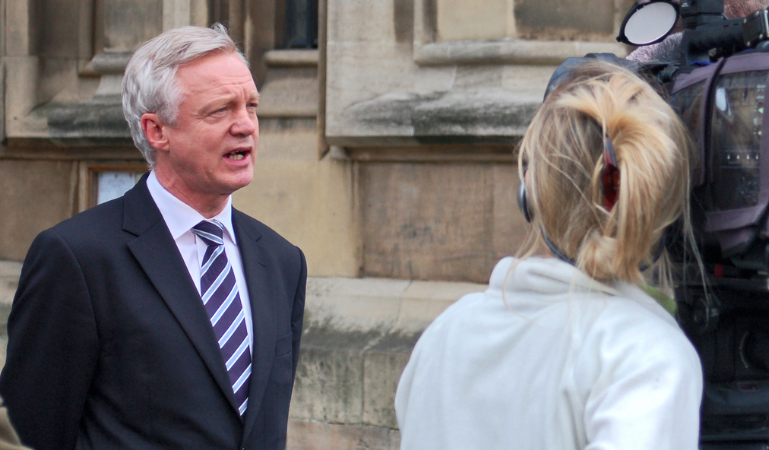 To paraphrase Sherlock Holmes’s famous speech in Conan Doyle’s first story: ‘There’s the scarlet thread of deceit running through the colourless skein… and our duty is to unravel it, and isolate it, and expose every inch of it.’ In the face of so much deceit over Brexit, there is a lot of unravelling to do.

Last April a leaked study undertaken by the Department of Health suggested Brexit could result in a shortage of more than 40,000 nurses by 2026. This prompted me to begin my own forensic explorations of exactly what studies DExEU had carried out into the impacts of Brexit.

So commenced a process of letter writing and Freedom of Information requests which ascertained the government had carried out ‘sectoral analyses’ into the impacts of Brexit but that they were not willing to release them.

This reached a parliamentary crescendo shortly before Christmas with the publication of some cut-and-paste work whose only purpose was to misdirect attention from the real studies.

Sadly, journalists, the media and politicians alike enjoyed the spectacle of David Davis as the naughty schoolboy too much to keep focused on the real question: what was the Brexit secretary hiding?

The answer was leaked to Buzzfeed last week when the real McCoy appeared, destined for sharing in one-to-one meetings between officials and government ministers. Like any good detective story though, the guilty party tried to cast doubt upon the evidence.

First, Iain Duncan Smith told us to take these carefully prepared statistical analyses with a pinch of salt, adding that nobody knew where Brexit was taking us.

Then Brexit minister Steve Baker rubbished the work of his own civil servants in the House of Commons. The message was clear: forget the studies; shut down your forensic intellect: far better to ‘keep the faith’.

Having undermined the value of the studies as knowledge, Rees-Mogg, the Moriarty of the tale, then made his much more sinister move to undermine the power of those who produced them by questioning the independence of the civil service.

His two-hander with Brexit minister Baker smacked of amateur dramatics but the content was lethal. To suggest that our civil service is not impartial is – as was the attack on the judiciary by our tabloid newspapers – to strike at the foundations of the rule of law.

This is why we witnessed the extremely unusual spectacle of two former heads of the civil service not only being publicly critical of ministers but going so far as to compare this assault on democratic institutions to the situation in Germany that gave support to the rise of fascism.

For our famously mild and restrained civil servants this is an extreme comparison and a sign of deep alarm.

It is like Sir Humphrey running around Whitehall screaming ‘Run for your lives!’ Another former cabinet secretary, Gus O’Donnell, said the Civil Service was facing one of the most sustained attacks on its integrity in living memory.

In reference to the leaked Brexit studies he noted: ‘If you are selling snake oil, you won’t like experts testing your product.’

Rees-Mogg is just one of 21 characters featured on a website I launched last week: the Bad Boys of Brexit. This looks at the unholy alliance of men who bankrolled and facilitated Brexit and shows exactly how and why they are undermining the very foundations of democracy.

Because the government has woven such a tangled web of deceit I am proceeding, together with Jolyon Maugham QC of the Good Law Society, with legal action so that we can gain clarity on what documents exist and which it would be in the public interest to disclose.

But Tory ministers are deliberately sowing confusion in the way of this legal case.

Government lawyers have claimed we can use Freedom of Information law instead, even though they know this approach has no time-limits and has failed to release the studies in a timely fashion.

However, we have now has been listed for an oral hearing on March 6th which will allow us to make our case in court for a judicial review.

Hiding the truth about Brexit has become, as Holmes might put it, elementary for this government. But to set civil servants up to take the blame is, I’m sure Dr Watson would agree, one of the lowest and vilest acts in all London.

It is a strong claim that Brexit is a form of illegitimate power grab closer to a soft coup than a democratic process, but the secrecy, public denigration of evidence, and intimidation of opponents are all familiar from authoritarian regimes.

The last word must go to Holmes himself: “When you have eliminated the impossible, whatever remains, however improbable, must be the truth.”

Molly Scott Cato is Green MEP for the South West and Green Party speaker on Brexit. She tweets here.