The Labour leader's views centre around dogmatic anti-imperialism, blinding him again and again to the crimes of regimes opposed to America. 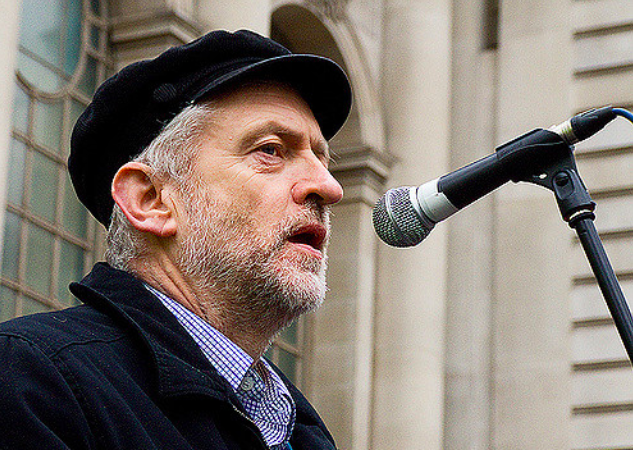 Corbyn was “terrifyingly right” right on Iraq, Syria and Libya, the shadow foreign secretary Emily Thornberry wrote last week. This is a far cry from the truth and the Labour Party and the left generally need to recognise it.

Thornberry’s article prompted scorn from the Syria Solidarity group, particularly as her criticisms of the events in Syria have rarely, if ever, included an analysis of Bashar Assad’s brutality.

And that reflects the nature of the Corbyn leadership – utterly silent on the barbarism and heinous crimes of one of the most despicable regimes on earth.

You couldn’t call it an isolated incident either – you can match up Corbyn’s silence over Syria to his contemptible fence-sitting remarks regarding Venezuela, and then the party’s silence regarding the recent Iranian protests – broken only by Thornberry’s claims they didn’t know who the good guys were.

Corbyn’s foreign policy is rarely scrutinised from a left-wing position, or even from a position of sensible analysis. With his strong domestic policies, it’s perhaps more easy to miss his frankly regressive foreign policy views.

For Corbyn, we live in a binary postcolonial anti-imperialist world – where the bad guys are always the US and their cronies; the world is a struggle between American imperialist aggression and those fighting back against it.

That is why Corbyn is silent on Syria because America aren’t the main imperialist actors, but Russia. The US play a minor role in the conflict, supporting and funding rebel causes that either collapse against the weight of Assad’s indiscriminate airstrikes and usage of chemical weapons, or the Islamist element grows.

Corbyn has only ever spoken passionately on Syria when it has been to condemn air strikes against Assad, which he believes will only further fuel the conflict.

Yet he cannot envisage any plausible, realistic solutions himself. He stops at peace talks, ignoring the years of failed negotiations because Assad will not surrender power and you cannot expect the Syrian people to abide this butcher any longer.

Whether it’s on Syria or Venezuela, he resorts to the line of “I condemn all violence on both sides” which disingenuously creates a false equivalence, ignoring the power imbalances that separate a state force and people on the street.

It’s in effect the “all lives matter” trope, solidarity shown with police states rather than the protesters. This is what modern, western leftism has mutated into on the international scene.

That is why on Iran, we cannot separate Labour’s silence – exemplified by Thornberry’s awful speech about “white hats” – and Corbyn deciding to appear on Press TV and acting as their mouthpiece.

They are linked. Corbyn’s sympathy with the Iranian regime for its hostility to the Americans has meant he hasn’t supported a working-class and feminist internal uprising within Iran.

On the point of Thornberry, there is a tendency for many in Labour to shower her with praises because she’s really very good at destroying Tories on domestic policy – but as a Foreign Secretary in waiting, she’s terrible.

Whether her views are her own or Seamus Milne’s can be disputed, but on foreign policy, Labour have moved from misguided heavy-handed interventionism under Blair to now cowardly isolationism.

Rabbil Sikdar writes freelance for Huffington Post, the New Statesman, the Independent and others. He tweets here.