In a conspiracy theory too far, Jacob Rees Mogg claimed that the government has "fiddled" its own figures on the economic impact of Brexit. 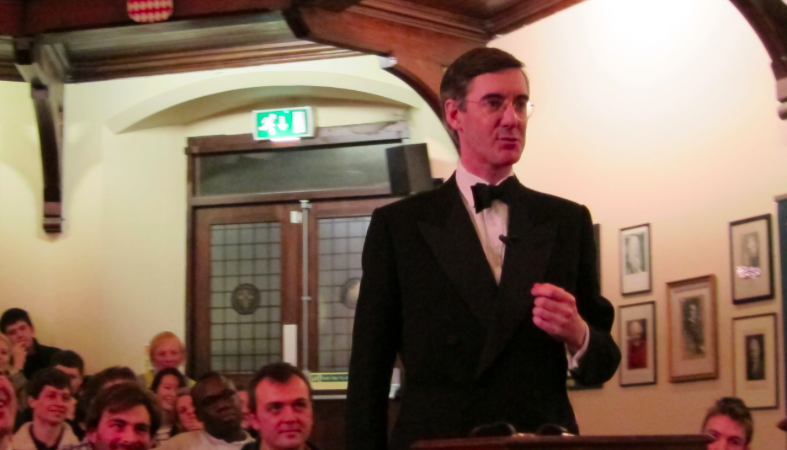 Britain’s economy will be worse off in every Brexit scenario and regions outside of London will be hardest hit, government commissioned analysis shows.

Economic growth will be between 2 and 8 per cent lower than had we remained in the EU in every Brexit scenario looked at by the government economists.

The north-east and the West Midlands will suffer the biggest hit to growth, while London would be the least affected, the study found.

Following a leak of some of the information to Buzzfeed last week, ministers allowed MPs to see the reports in the House of Commons library – further details were then leaked to the press.

It’s the most definitive evidence yet to counter claims that Britain will better off out of the EU. And the Brexiteers’ response to the leaked report shows their state of wilful denial and conspiracy is reaching fever pitch.

Jacob Rees-Mogg claimed that the Treasury had “fiddled the figures” and that the government’s own forecasts were “unreliable on political grounds”, he added:

“If you look at the forecasts the Treasury made before the referendum, they were a humiliation. They were clearly politically influenced”.

It’s just the most recent attack made on civil servants by Brexiteers and it amounts to “unsubstantiated conspiracy theories”, as a union who represents civil servants, the FDA, put it.

Rees Mogg and his group of cronies in the ERG appear to continue with the shadowy political manoeuvring that made Brexit happen in the first place: spreading distrust of institutions and denying economic common sense.

But it may not work anymore. The economic analysis being leaked gives such a strong and clear picture of the mess we’re heading for, it may be impossible for even veteran Brexiteers to obfusticate it.

Leading Remainers responded to the economic analysis this morning, Tulip Siddiq MP saying: “Millions of people will see their local communities hit as a result of Brexit.

“Gove, Boris and the rest of the hard Brexiteers made promises to the people during the referendum, most famously on giving the NHS an extra £350 million a week.

“It should now be beyond question that the prosperous future sold to the British public by Brexiteers will prove to be nothing more than fiction.”

The success of Mogg is his ability mislead and spread fake news with calm, dignified conviction – but with the economic facts of Brexit becoming so undeniable, might the Brexiteer lies finally be dispelled?

5 Responses to “With the economic case against Brexit becoming undeniable, are the Brexiteers’ in retreat?”