Chris Grayling said taking the East Coast line back into public ownership was an option - the unlikely admission plays perfectly into Labour's hands. 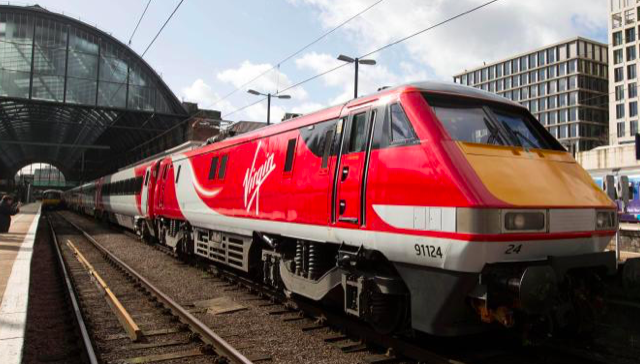 The government admitted that bringing a private rail company back into public ownership is an option – the only thing stopping them is fear of losing face.

Transport secretary Chris Grayling said two days ago that taking East Coast line, currently run by Stagecoach and Virgin, into public ownership was “very much on the table”.

And the time pressure is on: Grayling himself admitted that Virgin East Coast will collapse in only “very small number of months”.

Campaign group We Own It responded to the news: “It’s absolutely brilliant that the East Coast line could be brought back into public hands. We’re really pleased that Chris Grayling is saying public ownership is on the table.

“Private companies like Stagecoach and Virgin have failed repeatedly to stick to their promises on East Coast, whereas public ownership was a huge success between 2009 and 2014.”

But the transport secretary also said the Stagecoach or Virgin may be able to continue running the line on new terms that were less financially onerous.

It’s most likely the government will opt for a new deal with the private operators – but that they actually admitted re-nationalisation was an option, that it’s possible, is the real point here.

Chris Grayling may have inadvertently shot himself in the foot making the admission, the comments playing perfectly into the hands of Labour, who have been campaigning on re-nationalisation of the railways for years.

It certainly adds legitimacy to a policy firmly associated with the opposition.

As Manuel Cortes, general secretary of the transport workers union the TSSA put it to Left Foot Forward: although “nationalisation of East Coast [is] the only sensible option”:

“Grayling won’t be taking this course because to do so would concede another political victory to Jeremy Corbyn, who has committed our Party to bringing rail back in house. It’s a winning policy with the public.”

“The transport Secretary is making decisions about our railways which are completely rooted in his ideological party interest. All pragmatic and considered advice now counsels the nationalisation of East Coast as the only sensible option.”

Simply by admitting re-nationalising the East Coast is an option – albeit one he almost definitely won’t take – Grayling has inadvertently added weight the Labour’s position. So we may see the East Coast re-nationalised in the near future, but probably not under a Tory government.

6 Responses to “Are the Tories about to re-nationalise East Coast rail?”