There's no excuse for these fare hikes when you look at the cost of rail travel in Europe. 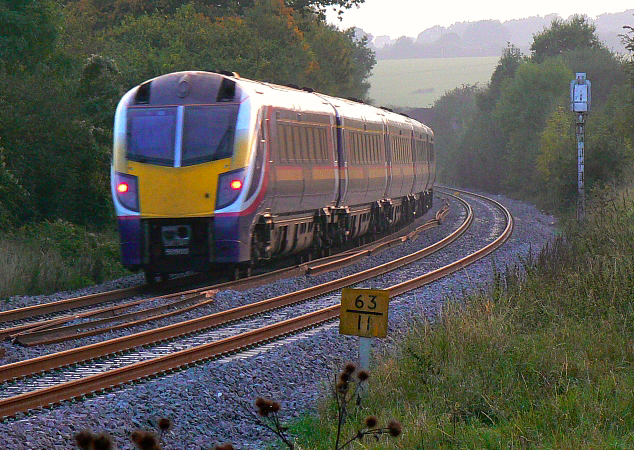 Commuters in the UK are paying up to five times more on train fares than commuters in other European countries, research from the TUC showed today.

And not only are we paying through the nose for public transport: the trains we’re using are the oldest since records began, research over the weekend showed.

Regular rail users are paying nearly 5 times more than commuters in Europe today’s research showed, which coincides with a hike in rail fares of nearly 4 per cent.

The research by the TUC looked at several comparable commutes in the UK and Europe, finding that:

The train companies are taking commuters for a ride with these fare hikes — the European examples clearly show rail travel doesn’t need to be anywhere near this expensive.

“Many commuters will look with envy to their continental cousins, who enjoy reasonably-priced journeys to work.”

“Ultimately the government need to take our railways back into public hands. That will stop hundreds of millions being siphoned off by private rail firms, and allow us to put passengers first,” O’Grady added.

Calls for re-nationalisation of the railways were echoed by other trade union chiefs — and rightly so, with the public supporting the view.  60 per cent of people said earlier this year that trains should be publicly owned.

RMT General Secretary Mick Cash said: “While the British passenger is being pumped for cash, the same private companies are axing safety-critical staff and security on our trains and stations.” He continued:

“It’s a national scandal that private profit comes before public safety on our rail network.”

“The answer to this racket is a full return to public ownership of Britain’s railways and an end to this gross profiteering at the fare-payers expense,” Cash added.

The General Secretary of the TSSA, Manuel Cortes, said:

“every year UK passengers are forced to pay more to Holland, Germany, France and Italy all of whom currently own our train operating companies.”

“Yet, it’s all talk and no trousers when it comes to taking back control from the foreign companies who own large swathes of our infrastructure including our railways. Money made out of passengers here is invested in fare subsidies there.”

The Tories will have a tough time defending these fare rises in the face of widespread public anger. But with renationlising the railways a core policy, it’s a golden opportunity for Labour.

2 Responses to “Our trains cost 5 times more than the rest of Europe – time to renationalise the railways?”