Despite Brexit and the election of Donald Trump, there is always hope. 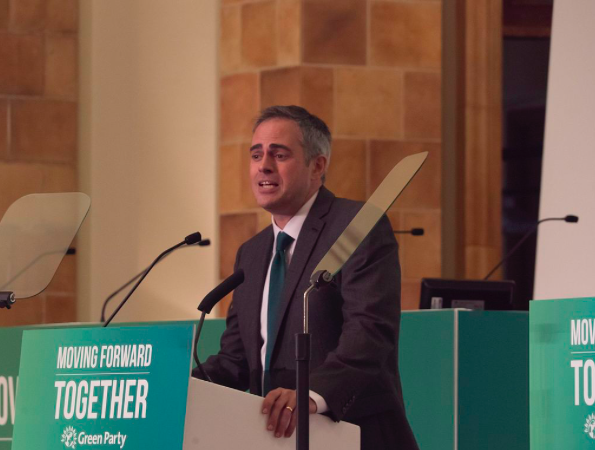 It’s the first day back to work of the new year, and you probably don’t feel like reading a long article from a politician talking about their 2017 and the year to come. So, I am going to keep this short.

I want to start with my five lessons from the year.

1. Brexit is not inevitable. We can and should resist it.

This is not something that many politicians are prepared to say. But it’s clear that the more people see what Brexit means, the less they like it. Neither a hard or a soft Brexit is inevitable. The regular derailing of the Brexit negotiations, and the MPs who have stood up to the Government’s agenda show that the current course the country is on can be changed.

2. There is always hope.

This year I’ve visited food banks, fracking sites, detention centres, those sleeping rough on our streets  and refugees in Calais and Dunkirk. I’ve seen some of the worst things this Government is responsible for. But I’ve also seen the very best – innovative projects, people coming together, campaigners committed to making the right choices.  A better future is already being made by these people. There is always light while people believe in a better world.

3. We are at a watershed moment and everything is up for grabs.

At a time when it’s clearer than ever that the old structures and ways of doing things aren’t delivering there is a thirst for change. And often that manifests itself in unexpected ways – whether it’s votes in referendums, or new political leaders. Clearly politics doesn’t stand still. Never assume that politics will remain the same or can be predicted. These are unprecedented times.

4. The economy is changing, and it’s doing so rapidly.

This is perhaps more of a 3b but I think we’ve seen this year just how much the old system is crumbling. We have also seen increasingly what the true cost has been of failed economic models on the environment, with acknowledgement that climate breakdown is right here, right now. We have also learned that none of the other parties are proposing solutions that address the kind of change we need.

5. The way to get Caroline Lucas to do something is to tell her she can’t do it.

1. We will secure a ratification referendum on the terms of the Brexit deal.

2. We will end the indefinite detention of asylum seekers – and the UK will stop turning its back to child refugees.

3. Donald Trump’s megalomania will cause nations around the world to unify and solidify their commitment to fight the causes he seems to oppose – from women’s rights to climate change.

4. We’ll get a general election and a change of government, and the Green Party will increase its number of councillors in the May local elections.

5. And finally…Nottingham Forest will win promotion to the Premier League (possibly the least likely of my five hopes but what can I say, I’m an optimist).

Jonathan Bartley is co-leader of the Green Party. He tweets here.

3 Responses to “Jonathan Bartley: My five lessons from 2017 – and what’s to come this year”