Two developments today have made a soft Brexit much more likely. Things are about to get very interesting indeed. 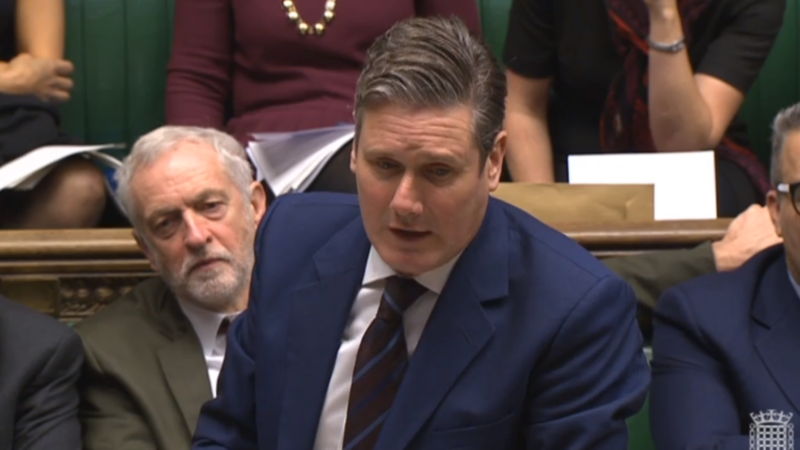 Yesterday’s omnishambles over Ireland and the customs union have had an unintended consequence – putting membership of the Single Market and Customs Union back on the cards.

Reports from Ireland’s public broadcaster RTE yesterday suggested a UK-EU deal had agreed on Northern Ireland effectively remaining in both the Single Market and the Customs Union after Brexit.

Except that the Tories had totally failed to ask their coalition bedfellows – the Democratic Unionist Party.

The leaked plans had suggested there would be little-no ‘regulatory divergence’ between the two jurisdictions on the island of Ireland.

Yet with May set on taking the rest of the UK out of the Single Market and Customs Union, it would have meant Northern Ireland got a lot closer politically and economically to the Republic. For unionists, that’s a very unpalatable prospect indeed.

Today, the DUP have ruled out backing any deal that further separates Northern Ireland from the rest of the UK – e.g. the former being in the Customs Union but not the latter:

BREAKING: DUP’s Nigel Dodds says DUP will not accept any principles or language that would separate NI from rest of UK #Brexit pic.twitter.com/QMqfA0fbdW

But the DUP can’t have it both ways. If the UK as a whole leaves the Single Market and Customs Union (keeping NI and rUK ‘united’ on the trade policy front), there would need to be a ‘hard border’ on the island, to track goods, impose tariffs, and to check they met the differing regulatory standards. The DUP is firmly opposed to a hard border.

So the only way to get around this – to avoid a hard border and avoid ‘[separating] NI from the rest of UK’ is to ensure Ireland and the UK have the same trade and regulatory standards.

The solution? The UK stays in the Single Market and the Customs Union. Or, in other words, EU membership ‘in all but name’, according to leading Brexiteers…like, funnily enough, the pro-Brexit DUP.

Seeing where the wind is blowing, that’s exactly what Labour have called for today.

In a change of tone on the Labour frontbenches, Shadow Secretary of State for Exiting the EU Keir Starmer today said the Prime Minister’s decision to rule out UK membership of the Single Market and Customs Union was “reckless”, and she should put membership of both “back on the table”.

This is a breakthrough – and shifts the debate towards a much ‘softer’ Brexit.

“Today’s shift by the Labour frontbench, and its call for the Single Market and Customs Union to be put back on the table by the Government, is extremely welcome.

“Nearly every Labour MP who spoke in today’s Urgent Question called for the UK to stay in the Single Market and Customs Union. The Labour Party is increasingly united around this position.”

This is good news for opponents of Brexit – and a kick in the teeth to the hard Brexiteers. How quickly things can change, eh?