It’s not the government’s place to dictate how many children lower income families can have. 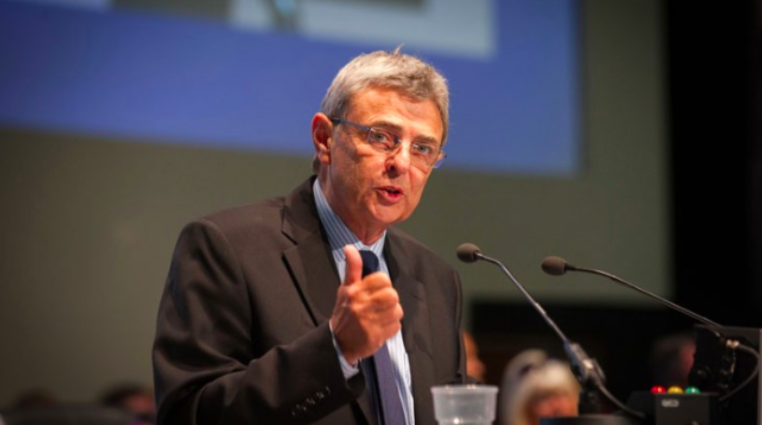 In recent years, public service employees have been hit hard by the decisions of the Conservative government. Yet few of its policies have been as divisive or as dangerous as the so-called “two-child limit”.

The “two-child limit” restricts parents’ tax credits applications to two children. Any family that has a third child born on or after 6 April 2017 cannot claim tax credits for that baby or any subsequent children.

On Monday I spoke at an event, organised by UNISON in the House of Commons, to draw attention to this vital issue. Our campaign against the measure has been driven by the passion of our President Margaret McKee to tackle this injustice.

It’s a campaign that chimes with the values of our union and with our role as a union of more than a million women.

The two-child limit is a brutal attack on families, on parents, on children and in particular, on those who can least afford it.

It is the worst kind of government policy – moralistic, judgemental and ineffective – and it will cost many families around £2,800 a year if they have a third child and £5,600 if they have a fourth.

These are families already struggling to make ends meet, in a difficult economic climate, after years of cuts and austerity. Especially those who work in our public services, who face the double whammy of the pay cap coupled with spiralling inflation.

The two-child limit comes on top of frozen child benefit, a four year freeze on in-work benefits and cuts to work allowances.

This was a plan so bad – so misconceived – that at first, the government didn’t even support it. Backbench MP Nadhim Zahawi floated the idea four years ago, yet Downing Street said at the time that this wasn’t government policy and it was not supported by the Prime Minister.

After the 2015 election the proposal went straight into the Budget – a proposal for which there was no mandate and no reasonable justification. And that proposal, now government policy, is at its core immoral.

The limit will increase child poverty and penalise children for the order of their birth. Worse than that, it’s governed by an arbitrary process, with when children are born and how many siblings they have, mattering more than need.

It’s not the government’s place to dictate how many children lower income families can have. And then, of course, there’s another brutal reality that many women face too.

It is well-known and well-documented that abusers often use pregnancy, poverty and financial dependence as means of establishing control over their victims. This policy will simply enforce and facilitate that control.

One of the great injustices in our society is that many women do not have control over the number of children they have. Some face domestic violence, living with a violent partner or in fear of violence.

Some are victims of sexual coercion, sexual assault and other forms of abuse. Others are forbidden from accessing or using contraception. And some are raped.

This has created one of the most disturbing aspects of this legislation – what’s known as the “rape clause”.

The government states that there is an exception to the two-child limit, and that’s where a child is “conceived as a result of a non-consensual sexual act (including rape) or when you were in a controlling or coercive relationship”. It requires proof of that crime.

That simply places a further, dreadful burden on women in poverty, who must now go to the government and prove they were raped, abused or otherwise coerced in order to avoid further financial hardship.

This is one of the most dreadful ideas I have ever heard from this government.

It would be far better and far more preferable to scrap the two-child limit altogether. UNISON’s campaign will continue to fight for that in the weeks and months ahead – both because of the impact of this pernicious legislation on UNISON members, and because it is the right thing to do.

Dave Prentis is general secretary of UNISON. He tweets here.

2 Responses to “The “two-child limit” for welfare claimants is brutal and moralistic. It must be scrapped”