The government launched a new agency for tackling financial crime today. It will make little or no difference though. Here's why. 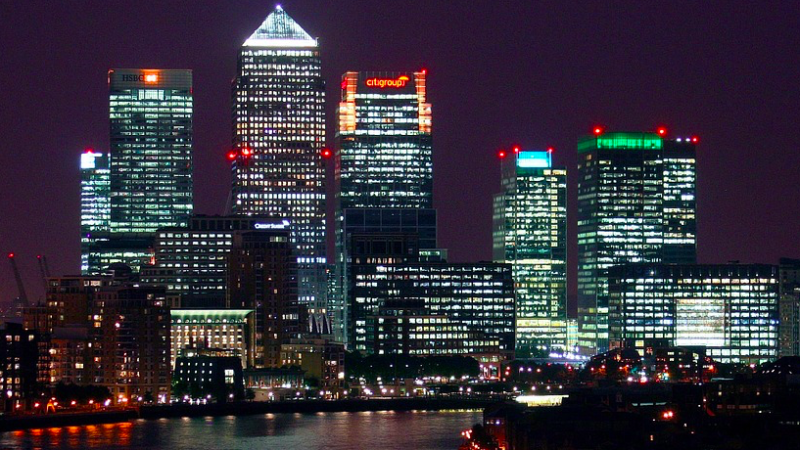 A steady stream of revelations ranging from the Paradise Papers and Panama Papers to NGO reports have shown that UK is mired in economic crime.

This comes in many forms, such as tax evasion/avoidance, money laundering, online fraud, identity theft and much more. The government’s latest response will do little to check financial crime as the UK lacks effective regulatory architecture.

The latest initiative is the creation of another agency, the National Economic Crime Centre (NECC). It is to be housed within the National Crime Agency (NCA).

The official press release says that the new multi-agency centre will plan, task and coordinate operational responses across agencies bringing together the UK’s capabilities to tackle economic crime more effectively. Will it make much difference – most unlikely.

Identifying economic miscreants is a necessary first step towards any regulatory action. This cannot be done without proper checks on company formation and verification of shareholders and directors as too many hide behind anonymous shell companies.

Transparency Intentional investigated 52 large scale global corruption and money laundering cases involving £80bn and found that some 766 UK corporations were involved. Forming companies with fictitious shareholders/directors and non-existent addresses is all too easy.

Italian Mafia registered companies in the UK and gave officers name as “the Chicken Thief” resident at “Street of the 40 Thieves” in the town of Ali Babba”. Companies House accepted the documentation and government confirmed that it took “no action”.

Ministers have told parliament that “the Government has no plans to introduce legislative proposals to prohibit nominee shareholdings”.

UK crime investigators say that “company formation continues to be exploited by criminals to mask the ownership of assets or transfer these assets between persons”.

Recently, journalists were moments away from registering company with 10 Downing Street, UK Prime Minister’s address, as its head office. The government’s response is that “Companies House does not have powers to verify the authenticity of company directors, secretaries and registered office addresses”.

Without addressing deficiencies in company formation there is no chance of checking economic crime.

Too many people have been cheated out of their savings through online frauds and phishing. All too often, money is taken by criminals from the victims’ bank account.

However, finger must be pointed at banks. Under the anti money laundering rules, banks are required to “Know Your Customer” (KYC) checks on the identity and address of all customers to ensure that banking services are not misused.

In almost all credit card and bank fraud cases, money is transferred to a criminal’s bank account who then vanishes. Banks claim that they are unable to follow the transaction trail. The frauds suggest that banks have failed in performing effective KYC checks. Yet the government has done little to press banks.

Tax avoidance/evasion and money laundering is facilitated by a highly organised industry dominated by accountants, lawyers, estate agents, finance experts and other professionals. They are addicted to easy profits and current regulatory structures have failed to check their predatory practices.

Here are some snippets from the National risk assessment of money laundering and terrorist financing 2017 report published by HM Treasury and UK Home Office.  The report states that:

“Money laundering has been facilitated by a range of both professional body supervised and other accountants.”

“Law enforcement agencies have observed accountants reviewing and signing off accounts for businesses engaged in criminality, thereby facilitating the laundering of the proceeds”.

The report provides case studies which blow away the pretence of ethical conduct by accountants. One case study documented that:

“A professional body supervised accountant was a joint director of a UK-registered company, together with a Russian national, to launder money. Using this company, the accountant established structures to move over $60 million through jurisdictions including Russia, Cyprus, Latvia, the Czech Republic and the British Virgin Islands”.

In another case study: “the accountant devised a scheme by which settlement of this debt could take place outside of the UK, thereby circumventing the UK tax system and payment to HMRC”.

Yet no accountancy firms have ever been investigated, disciplined or prosecuted for peddling tax avoidance and evasion. Poor regulation lets them off the hook.

The government’s latest proposals do not address the regulatory architecture. The current crazy structure for controlling money laundering includes more than 25 regulators, including the Financial Conduct Authority (FCA), HM Revenue and Customs (HMRC), the Gambling Commission and the 22 accountancy and legal professional bodies. Buck-passing, duplication and inertia are the hallmarks of the system.

Despite acting as regulators, the law and accountancy bodies are not subject to the freedom of information laws and consequently even a modicum of pressure for public accountability is absent. In this vacuum, since 2010, only 10 people have been successfully convicted for breaching the money laundering regulations.

The government’s announcement may divert attention away from deepening economic problems, but will do little to halt economic crime as it has not learnt any lessons from the way economic crime is carried out.