I struggle to think of a politician more undeserving of the honour. 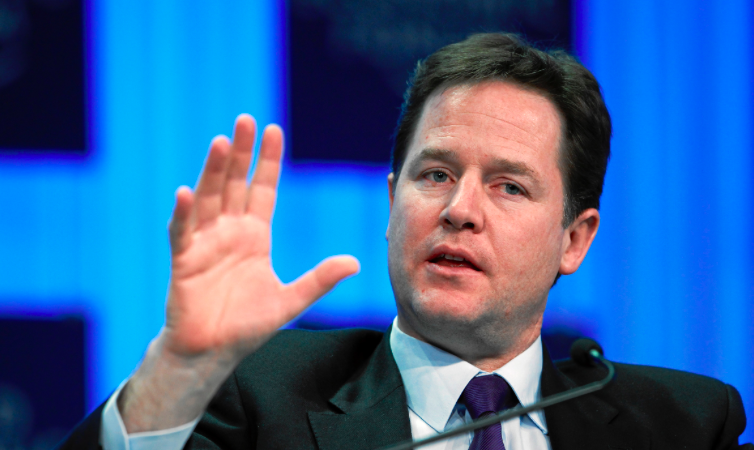 Guess who: a party leader who in their 8-year term managed to lose 87% of his party’s seats; who entered a coalition with a party his base found abhorrent; who jettisoned his party’s most popular policies in order to achieve electoral reform, and instead ended up all but killing the cause for almost half a decade.

Sounds like someone who would widely be considered a failure on any and all terms, right? No, that’s former Liberal Democrat Leader Nick Clegg, and he’s about to be knighted.

Those who support this suggest that Clegg made a massive political sacrifice in the “national interest” in entering a coalition with David Cameron’s Conservatives, and therefore deserves a knighthood.

They argue that he had little choice but to enter the coalition as the alternative was another election resulting in a Conservative majority, though that obviously anyway happened only five years later.

And they claim that the “maths” wasn’t there for a Labour/Liberal Democrat coalition. These arguments were used to justify the coalition and are now being used to justify Clegg’s knighthood.

However, they constitute an intentional rewriting of history in order to justify Clegg’s decision to drop his “red lines” in order to enter a coalition many saw incomprehensible.

Arguably Clegg’s biggest mistake during his time as leader was one of many decisions that unnecessarily limited his options post-election, and was the catalyst for many of his later errors.

Before the election, he publicly announced that he would negotiate first with whichever party received the most seats in the upcoming election.

Not only was this contrary to the British constitution, which usually dictates that the sitting Prime Minister has the right to attempt to form a government first, it was also a break from what often happens in many other countries.

No party had the 61 seats required for an outright majority, and so the nationalist party NZ First found themselves as the kingmakers. Following Clegg’s position, NZ First leader Winston Peters would have immediately started negotiating with Bill English.

That didn’t happen, and Arden is now New Zealand’s Prime Minister. Peters negotiated simultaneously and equally with both the Labor and National parties and found more agreement with the former, and so they entered a coalition and formed a minority government.

Sweden has a minority coalition with fewer seats than its opposition coalition, and in Iceland, the leader of the second party has just become Prime Minister, in a coalition including the largest party.

These rules that Clegg espoused of the largest party having a natural mandate to government and the leader of that party to be Prime Minister just do not hold much water.

Labour and the Liberal Democrats held 315 seats, with the Conservatives holding 306 seats. While this is not a majority, having already established that a minority Labour/Liberal Democrat coalition would not have been extraordinary by any means, to claim that it was not an option is to suggest that there were not the votes for it.

The SDLP, Alliance, and the Greens would have naturally supported the coalition, and so Cameron would have needed 14 more MPs to prevent it from forming, something the remaining parties, the DUP and the nationalists, seemed unlikely to do.

Had Clegg not limited himself into negotiating with the largest party first, and instead negotiated seriously and genuinely with both parties as equal options as Peters did, he may have achieved far more for his party under a Labour minority coalition and conceded far-less than he did under the Conservative majority coalition.

Most importantly, it would have more closely represented the “median voter”, one of the main goals of coalition and consensus decision making.

If the honours system is of any worth, it should be used to reward those who have made personal and/or political sacrifice in the goal of furthering their cause and their country, not a politician who failed to achieve almost all of his political goals, and in doing so almost killing the Liberal Democrats.

You do not have to agree with someone politically to think of them as deserving of an honour. However, you would at least expect them to be a success in their own goals, and to have achieved something. In that context, you would struggle to think of a politician more undeserving of the honour. I’d sooner knight Nigel Farage, and what a joke that would be.