Green MEP Molly Scott Cato has applied for a judicial review trying to force the government to release the Brexit papers they say don't exist. 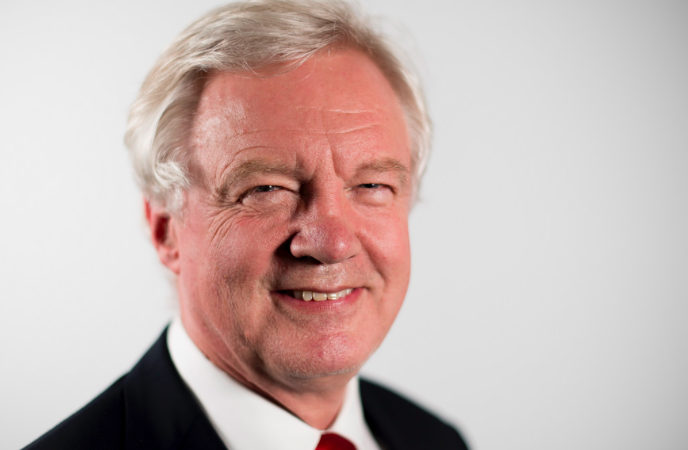 Our Brexit secretary has turned Brexit clown. Having juggled with 58 sectoral analyses for months, David Davis made them vanish in a puff of smoke.

For months the Brexit secretary said the government had conducted analysis of over 50 sectors of the economy in ‘excruciating detail’. But in an astounding announcement to a government Committee he claimed that impact studies do not in fact exist.

Well, it’s time for Davis to put away his box of tricks and explain himself in front of a High Court judge.

That’s because, together with Jolyon Maugham QC of the Good Law Society, I have applied for judicial review in the High Court over the government’s refusal to release the sectoral studies it has repeatedly claimed to have carried out.

The time for bluff and bluster is over. We need the cold, clean scalpel of the law to separate fact from fiction and establish exactly what studies have been carried out – and to make them available for us all to see.

As one of the witnesses in this case I have had to submit a statement. Here are some extracts which demonstrate why this action is so vital to ensure openness and transparency and fully informed decision making.

I value honesty and simplicity in private and public life and do not consider it naïve to expect the highest standards of probity and integrity amongst politicians and policy-makers.

The Government frequently comment publicly about the economic outlook for the UK after Brexit. The documents I seek are essential for holding them to account as to the accuracy and plausibility of such statements, and for the quality of the analysis underpinning the Government’s approach to Brexit.

The documents I seek are by far the best and most useful body of evidence about the likely economic impact of Brexit.

People need to make concrete plans. Organisations, businesses and individuals need to understand the likely economic impact of Brexit on their work and livelihoods so that they can take action.

The Sectoral Studies have repeatedly been relied upon in public statements to create the impression that the Government’s negotiations are grounded in rigorous and reliable analysis.

Unless the Sectoral Studies are disclosed, the public cannot hold the Government to account for the quality of the data, methodology and analysis underpinning its negotiations.

The government’s primary concern is that the disclosure of these documents will prejudice the UK’s negotiating position with the EU, by revealing strengths and weaknesses that would be exploited for negotiating advantage.

From my own experience of working in Brussels, I do not believe that these documents would have any real bearing on how the EU approaches its negotiations. The EU is far more likely to rely on its own analysis than that of the UK.

It is also important to bear in mind that the EU already has its own very detailed knowledge of the UK economy, including on a sectoral basis. I do not believe that the Sectoral Studies or the HM Treasury Report I seek will provide the EU’s negotiators with helpful data or analysis that it does not already have.

In any event, the premise of this objection about harming our negotiating position is fundamentally wrong. The Government has consistently presented these negotiations as a zero-sum game – a process in which any gains or benefits to one side necessarily give rise to equivalent losses or disadvantages to the other side.

This lends itself to a narrative about winners and losers. I believe that these negotiations could and should have been approached from the perspective of mutual benefit, or at least mutual acceptability.

When weighed against the overwhelmingly strong public interests in disclosure of those documents, the [government’s] blanket refusals are, in my view, irrational and wholly disproportionate.

I make no secret of my opposition to Brexit. The points I make in this statement, however, are equally cogent whatever one’s view of Brexit’s merits.

If Brexit is to happen, it is essential that public and parliamentary debate about the proposed terms of Brexit is as well-informed as possible.

The full witness statement by Molly Scott Cato can be read here. All papers filed in relation to application for judicial review in the High Court can be found here

2 Responses to “I’m demanding the release of the hidden Brexit impact assessments in the High Court. Here’s why”