Today's revelations - if true - pose huge questions for both Brexiteers and unionists. 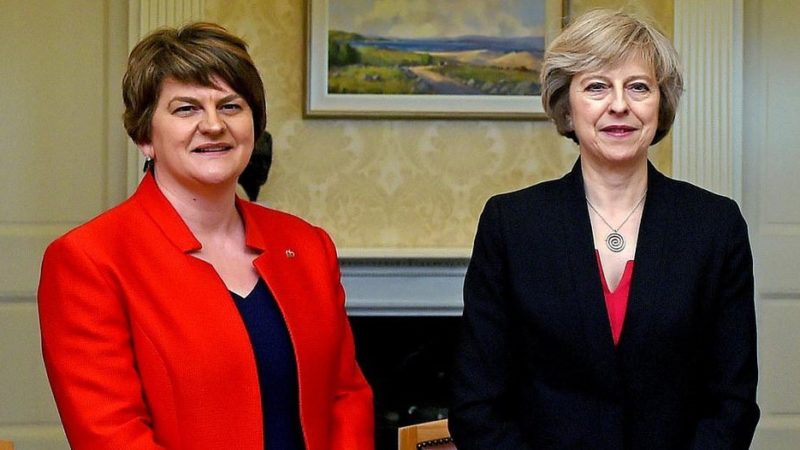 Well, there you have it. The UK is ‘staying in the EU in all but name’. One part of it, at least.

If reports from Ireland’s public broadcaster RTE are true, Northern Ireland will effectively remain in both the Single Market and the Customs Union after Brexit.

The plans suggest there will be ‘no regulatory divergence’ between the two jurisdictions on the island. After a year and a half of hard Brexiteers saying Single Market membership would be a traitorous denial of the EU vote, it’s quite an about-turn from the government.

The logic is clear: to avoid creating a ‘hard border’ – a physical, staffed separation between the North and the Republic, which many fear would re-open what was previously a settled question about the need for free travel and trade within the island of Ireland.

But the implications of today’s reports can’t be overstated. Brexiteers have long condemned staying in the Single Market as de facto EU membership.

Indeed, Sir Paul Jenkins, the government’s most senior legal official for eight years until 2014, has said that for the UK to stay close to the Single Market and Customs Union it would be like EU membership ‘in all but name‘.

And he has a point, actually. You follow the EU’s rules, and in doing so, people, goods and services can travel around the area as if it were ‘one territory’ – without any internal borders or other regulatory obstacles.

Of course, leaving the Single Market and Customs Union means there must be borders somewhere. The question is where, and who you p*ss off in the process (no variation is particularly easy for May).

If all the UK – including Northern Ireland – leaves the Customs Union, there will have to be a border separating the Republic and the north.

If Northern Ireland remains part of the trade ‘club’, there will have to be a border between Northern Ireland and the rest of the UK to monitor goods, would be ‘tariffed’ on arrival in mainland Britain after the latter left the Customs Union.

For Brexiteers, Northern Ireland now poses a problem: if the latter can stay in the EU ‘in all but name’, then claims that the rest of the UK doing so would be in breach of the referendum mandate are null and void. If NI can do it, why not England, Wales or Scotland?

The SNP, for example, have long called for a special deal for Scotland – something that was supposed to be impossible, according to Ministers. As the BBC reported last October:

“Scotland will not get a “special deal” when the UK leaves the EU, the Scottish secretary has told MSPs.

For unionists, today’s leaked deal creates a challenge. If Scotland is now dragged out of the Single Market and Customs Union against its will, it will not be out of necessity. Northern Ireland has shown a special arrangement is possible. It will have been dragged out against its will despite an alternative being on the cards. That will be an indirect boost to the independence movement.

The same goes for Northern Ireland. With Britain out of the Single Market and Customs Union, but Northern Ireland still essentially members, the North will be economically and politically far closer to the Republic than to the rest of the UK after Brexit. And with some sort of west coat border checking goods from NI, those national divisions will be even stronger.

Whatever the case, these plans – if true – are likely to give new energy to the campaign against a hard Brexit. And a big headache for both unionists and Brexiteers.

3 Responses to “If Northern Ireland can stay in the Single Market, the rest of the UK can too”