Youth schemes across the UK face an uncertain future without concrete pledges to maintain and extend support for them after we leave the EU. 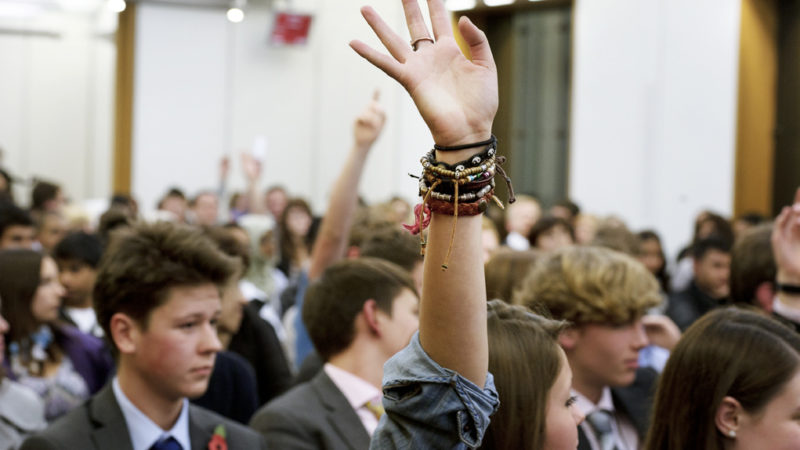 A damning report published this week by the Social Mobility Commission has revealed a profound and worsening social mobility problem across the country. And while not restricted to young people, it appears young people are hit hardest.

The impact is felt across a range of dimensions, including class, income, gender, race and geography. Yet despite national government’s responsibility – and ability – to tackle the social mobility lottery, the Conservatives are failing.

Strategies that are being attempted are apparently making little difference: indeed there’s increasing evidence that the situation it is getting worse.

Two European funding programmes which have provided much needed help are the European Social Fund (ESF) and European Regional Development Fund (ERDF), which form part of the European Structural and Investment Fund (ESIF). The ESF and ERDF have both been used to try to address some intractable social problems.

As vehicles of the EU, they have been designed to provide support to ‘reduce inactivity among young people and the long-term unemployed, and to improve training and skills’. And they provide funding for education and lifelong learning, as well as promoting social inclusion by fighting poverty and discrimination.

The government admits that the ESIF funds “form a small but significant part of the UK Government’s overall growth activity”. Different government departments and agencies currently co-finance a number of projects with different organisations. For example, the Youth Employment Skills project uses ESF and co-financing from the Education and Skills Funding Agency to help fund young people to move into apprenticeships and sustainable employment.

In the first year of the project (September 2016-October 2017), the programme had recruited 3792 young people into its Mental Health and BAME programmes. Meanwhile, in Liverpool, the Working Futures project has helped over 1000 NEETs (those not in education, employment or training) to progress towards learning and work. These are just two examples of the benefits of ESF that England receives currently.

Against the backdrop of poor social mobility, the government must protect and replace this funding as we prepare to leave the EU. Ministers say that they’ll ensure European-funded work can continue after Brexit, and through a series of Written Questions I’ve managed to gain assurances that the government will commit to guarantee funding for all ESIF projects signed to date – even after exit date.

But while I welcome the protection of the £5.8bn worth of funding that England will lose when it is no longer eligible for the ESIF, this only covers programmes signed off before Brexit.

Yet there’s already plenty of evidence that disadvantaged children and young people will be further harmed by Brexit if we don’t have strategies, and funding, in place to mitigate poverty and exclusion for the long-term.

The Food Foundation argues that the price of achieving five portions-a-day for a family of four would go up by more than £100 a year in the case of a no-deal Brexit – putting yet more pressure on low-income families.

And the Resolution Foundation found that a no-deal scenario would hit less affluent parts of the country harder with 3.2 million households seeing price rises of at least £500 a year.

Meanwhile the Brexit Select Committee has just concluded what many already fear: no deal would “be chaotic and damaging for the UK economy”.

That’s why I have tabled an amendment to the EU Withdrawal Bill which clearly sets out the need for a fund to continue to support programmes and projects after the UK leaves the EU, and which is focused on improving the life chances of children and young people.

My amendment would ensure funding for:

To be fair, the government is clearly worried about the possible impact of Brexit. The commitment in the Chancellor’s autumn budget to pump an extra £3bn into Brexit (with more to come), as well as the £1bn already used to obtain the DUP’s support in Parliament, shows that the government is willing to spend money where it thinks it’s needed.

Now Ministers need to show that they recognise children and young people must be a priority after Brexit.

Guaranteeing protection into the future of programmes currently funded with the ESIF would be a powerful statement of the kind of country the government wants us to be after Brexit – and of Ministers’ commitment to ending the social mobility postcode lottery.