The 'pop-up' anti-Brexit parties have little real interest in democratic politics in the UK. Voters should beware. 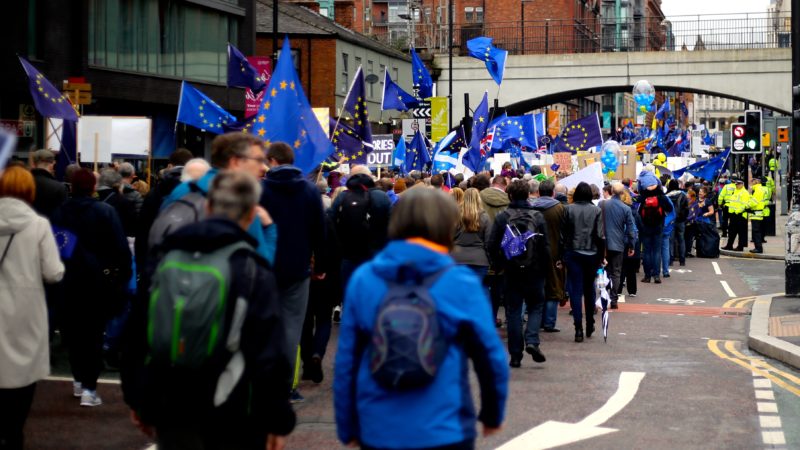 Recently, we’ve seen an explosion of announcements of new parties being formed. Most are not very serious: vanity projects, spoofs or hopeless lost causes. These new parties offer politics without politicians.

They include Jeremy Cliffe’s very-short-lived Radicals (which has a long wish list of mostly mainstream suggestions); the Veterans and People’s Party (promising a return of the death penalty); Jolyon Maugham’s ‘Spring the Party’ movement (strongly pro-Remain); Something New, an internet based party; and The Democrats, fronted by former David Davis adviser James Chapman.

Others appear to have the backing of wealthy businessmen: Richard Breen’s party Renew (Mr Breen being a successful residential property investor) and a group apparently in formation led by a former Labour donor, Simon Franks.

So far, no politician of any stature, or even without stature, has endorsed or joined them.  Money, marketing, a new name and the self-belief of the founders appear to be the common ingredients.

The absence of politicians is revealing. I was asked to consider leading one of these new parties and when I pointed out that I already led a party, with deeper roots and rather better prospects, the answer I got was ‘well, why don’t you change the brand and we will get behind you’.

Others, I believe, have been approached – Tony Blair, Paddy Ashdown, Nick Clegg – and plausible names banded about include David Miliband and George Osborne.  None, to my knowledge, has been tempted.

The conversations, I gather, follow a predictable pattern. Flattery: the new Messiah is capable of leading the country out of its present mess if their talents can be harnessed to a new vehicle with a new name and, in some cases, the tycoon’s millions.

Then the politician asks some obvious questions about local organisation, compliance requirements and the handicaps of Britain’s first-past-the-post system and eyes glaze over. Unnecessary detail. If you politicians aren’t interested, we will do it on our own. The two epithets I commonly hear to describe the new party sponsors are naivety and arrogance.

But this phenomenon can’t be ignored. Why is this happening, and happening now? It is partly a reaction to Brexit. Several of the sponsors are angry Remainers who feel let down by the two main parties that allowed Brexit to happen.

They also have a nostalgia for the days of Blair and Cameron whom they backed and, who in turn, gave them a hearing. Now they have a Labour leader who has no need of them, who despises them, and a Tory Prime Minister who is politically weak and has no empathy for, or understanding of, business.

They look at the extreme political volatility of the Western World and the opportunities that have appeared. Trump has opened up the beguiling possibility that anyone who does deals in the property market and has limitless self-confidence and wealth can get to run a country.

There are some successful models of tycoon-led politics. Aaron Banks is one. UKIP may have achieved very little as a conventional party – one maverick MP; a small number of rather ineffectual councillors; and some exotic MEPs.

But, allied to Nigel Farage’s undoubted talent as a communicator, banks’ money and clever use of communications technology turned British politics on its head through a referendum.

Brexit was, however, also built on decades of campaigning by anti-EU zealots.  The new tycoon parties, by contrast, are impatient: they want instant results.

Moreover, their political objectives appear to be the opposite of UKIP’s.  In which case, they should get behind my party. My conversations with them suggested they have little real interest in democratic politics in the UK: the hard slog of campaigning; the vicissitudes of elections; the formidable barriers to entry for new parties.

Although they use the language of ‘centrist’ politics it is the kind of ideology-free, technocratic, authoritarian centrism that would be more at home in, say, Singapore. I think that is why the main advice they give to me is to drop the world Liberal from Liberal Democrat – or, better, both words.  Voters beware.

Vince Cable is Leader of the Liberal Democrats

15 Responses to “Vince Cable: I was asked to lead a new pro-Remain party. Here’s why I said no”