It's ultimately the government and Parliament's responsibility to ensure housing is safe. 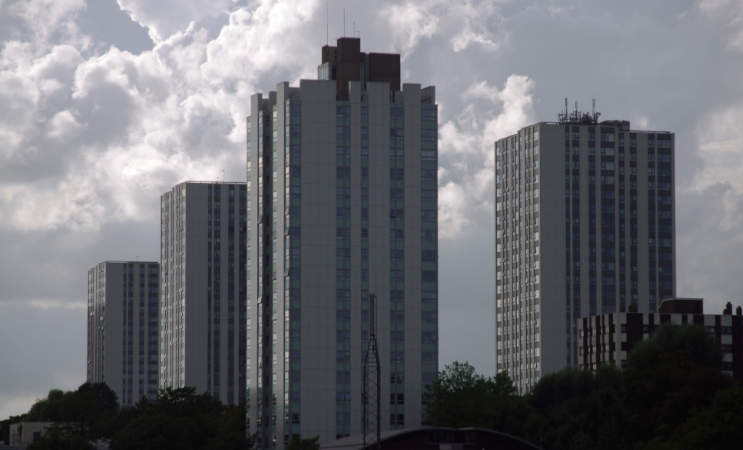 The furore over Wandsworth Council asking residents to pay for sprinklers in their homes must be put in context — councils don’t have the money or power to act following the axing of local government budgets.

Tower block residents in Wandsworth have been asked to pay up to £4,000 to fit sprinklers in their homes.

A great number of the homes in Wandsworth (just under half of the 6,000 flats in question) were sold by the local authority under Thatcher’s right-to-buy and later schemes. So, the local authority has somewhat sundered its relationship with these residents.

The relationship between renters and Wandsworth Council is, of course, entirely different. Part of what tenants get for their rent is periodic upgrades — new front doors, or windows. As the landlord, the Council has a responsibility of care towards tenants.

Wandsworth has asked both groups to pay to fit sprinklers. Asking homeowners to pay for an upgrade to their own property is arguably fair. Asking tenants to do pay is unfair — but it’s not at all unprecedented.

Local authorities have been forced into this situation due to cuts to local government budgets. They haven’t the money to fund mass renovation or upgrade programmes of their properties — especially fitting sprinkler systems that would cost tens of millions of pounds.

Stretched social care budgets, libraries closing, bins only being emptied every other week, and council owned land being sold off to make ends meet are symptoms of the same problem. There is no spare cash. And local authorities have strict limits on what they’re allowed to borrow.

But there is an imperative to get this job done. The public won’t wait for another Grenfell type disaster before action is taken on sprinklers.

It falls to the government, who could implement a nationwide sprinkler fitting programme as Jeremy Corbyn has suggested, to take action.

Once the Moore-Bick inquiry reports, there will be irresistible political pressure on the government to make sure such things are in place.

But why on earth should it take a judicial inquiry into a devastating event to get sprinklers in tower blocks to be accepted as an inarguably good thing – something as expected and required as decent sanitation, or electricity?

The issue of safety in rental homes has been raised in Parliament twice in recent years. Surprise, surprise, it’s been blocked on both occasions by the Tories

In 2015, Philip Davies MP (Conservative, Shipley) talked out a Labour tabled private members’ bill — Homes Fit for Human Habitation — which suggested putting more responsibility on landlords for the safety of their tenants. Mr Davies argued it was too onerous on landlords.

In 2016, the Tories again blocked Labour attempts at tightening regulation on landlords, the housing minister Brandon Lewis saying that Labour amendments to their Housing Bill would impose “unnecessary regulation” on landlords.

The government and Parliament do have a responsibility here for what happened at Grenfell. But it doesn’t stop with Westminster.

As a country, we are too fond of low council taxes, chronic under-funding of local authorities and public services, of flogging off public housing without topping up the affordable property stock.

Too comfortable with a “brutal system of rampant inequality, hollowed-out public services and disdain for the powerless and the poor.”

Residents of Wandsworth shouldn’t have to pay for something so closely associated with their right to safety. But it is time to recognise that there are deep and unavoidable challenges around the means needed to achieve it.