A "just transition" for communities reliant on fossil fuels must lead our climate revolution. 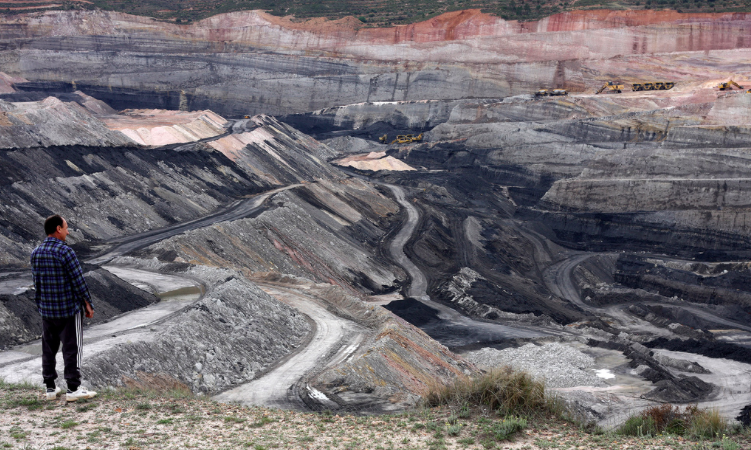 The UN climate talks argued that communities around the world need a “just transition” from existing industries and practices to renewables and new ways of living. Natalie Bennett explains how it can be done.

At the Bonn climate talks, 19 countries pledged to phase out coal. More will certainly follow. Steel too is going to see cutbacks and changes, with a current world oversupply.

Northern England and South Wales well know that losing such high-labour industries – as they did in the Thatcher era for political reasons – can be tremendously destructive and painful, to communities, to regions and to individuals.

But it can be managed in a positive way. This was the message of several sessions I attended in Bonn, most notably an excellent offsite event organised by Friends of the Earth International and the International Trade Union Council (ITUC).

What’s needed, it was agreed at all, is a “just transition”, which maintains the economic and social health of communities, providing them with alternative jobs and incomes ideally at least as numerous and well-paid as what is being lost.

It is a concept that the International Trade Union Congress is proud to have pushed, with green groups, into the Paris Agreement.

A useful case study was Port Augusta in Australia where an ageing coal plant shut suddenly and far earlier than expected.

The coal plant is now being replaced with a large, innovative solar thermal plant, with battery storage, on the same site – a powerful symbol of the opportunities of the new green economy.

But the limitations of this scheme also point to the ways in which a just transition is about much more than replacement jobs.

First, the town suffered an 18-month gap between the closure of the coal plant and the start of the new project, meaning many workers and families were left in limbo, or chose to move away, while the small businesses and services that relied indirectly on the coal jobs struggled and sometimes failed.

A just transition surely should, ideally, see a smooth transfer from one stage to the next.

This surely should be part of all industrial planning – even when an industry is being set up – but there’s few global examples.

The Canadian state of Alberta has just announced a plan for its coal workers and the Scottish Government, under the pressure of Green MSPs, unions and environmental groups, has just established a Just Transition Commission that aims to develop a national plan – something that’s going to be watched closely across the UK and beyond.

A second important point illustrated by the case of Port Augusta is the question of ownership of the new industry and the nature of the replacement jobs.

As many speakers and organisations were saying in Bonn, the transformation of our economy for a low-carbon future offer the potential of urgently needed social and economic change, as well as the technological. But that potential needs to be realised.

Had the new plant been publicly owned, run for the community good not private profit, that would offer many more financial and practical benefits for the host community and the whole of society than private ownership.

Where the possibility is of decentralised energy generation and energy conservation measures such as insulation of homes, there’s also the potential to encourage and support scores or hundreds of small businesses and cooperatives, building the strength and resilience of local communities.

And the new jobs need to be ones with decent pay and conditions – and with employers who readily recognise the role of unions as essential to a fair workplace.

Of course, switching from a coal economy to a 21st-century one isn’t necessarily a simple matter for individuals.

Many skills, those of technicians and engineers, might be directly transferable, but for others reskilling and retraining might be needed, while for some workers already near retirement, an early end to paid work might be the best option.

Yet I heard at another event a word of caution: there’s evidence from some places that retraining workers might actually, counter-intuitively, be counter-productive, with workers having less chance to get jobs if they’ve completed it.

What’s surely key is that the retraining is for genuinely available, decently paid jobs and that it is of high quality and appropriate to the people receiving it. All too often in Britain retraining schemes haven’t met any of those criteria.

Some further strong points about what a Just Transition looks like were made by contributors from the Global South.

First, that the concept should also include the Global North consuming less of the world’s limited, overstretched resources. Maintaining or enhancing quality of life with less consumption of stuff has to be in the just transition recipe.

Also, when talking about the Global South, sometimes the term “livelihoods” is more relevant than “jobs”. If independent family cultivators are forced off their land for a giant solar farm, even if they’re offered decent work on the renewables project, they’ll have lost autonomy, lost democracy, if they simply become workers for a conglomerate.

It is worth remembering there is nothing innately romantic or just about renewable energy. As one Indonesian speaker said at the Friends of the Earth/ITUC event: “It was renewable energy that brought the colonisers to my country.” Another said: “Even if Chevron shifts to solar panels, it is still Chevron.”

Natalie Bennett is the former leader of the Green Party and a Sheffield resident. She tweets here.