British progressives have been quick to jump on the pro-independence bandwagon - without assessing the real situation. 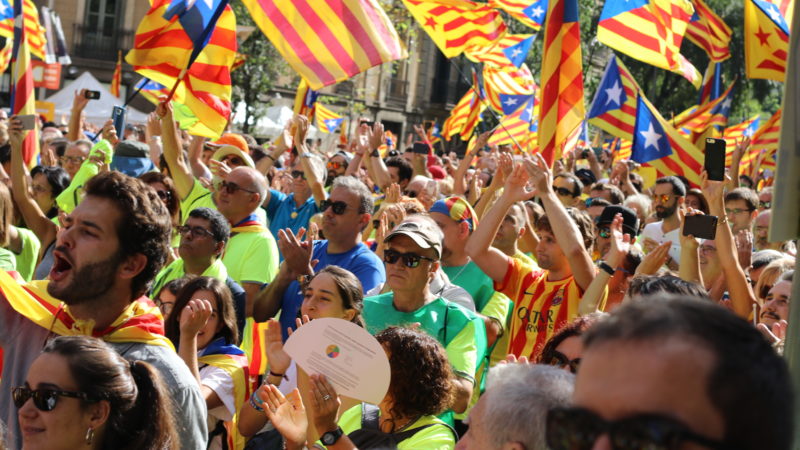 Has the British far-left been dazzled by Catalan independentisme?

You wouldn’t know it in the UK, but elsewhere in Europe, Catalan separatists are observed with scepticism by progressives.

The movement is captained by Carles Puigdemont – the quirky governor from a centre-right party that rebranded itself last year to get rid of embarrassing corruption stories.

The international press was drawn to the Catalan crisis like a bear to honey. The topic has a stirring, even revolutionary, appeal. The crisis could often be read as an overdue uprising, in the style of 1956 Budapest. As if Spain were a totalitarian regime, a tyrannical state that hasn’t moved forward since 1975.

Yet Spanish democracy has frequently outpaced neighbouring France and Italy. On devolution, Spain beats the other two hands down – and all three display huge regional diversity. Italian progressives, in particular, have always looked up to Spain’s ability to reform itself – especially during the Felipe González and José Luis Rodríguez Zapatero governments.

The British far-left does not acknowledge any of this. It supports Catalan separatism because it goes against a central authority and, by association, it symbolises a struggle against an overbearing Europe, viewed as a turbo-capitalist project by a centralising power.

Yet, how strange to see that Catalan activists hankering after independence – many of whom are genuine die-hard leftists – are on the whole pro-European. Something doesn’t add up in the international anti-capitalist rhetoric.

This inconsistency isn’t easy to spot. It’s hoovered up by a narrative peppered with heroism. In an attempt to boil down separate crises to a supposed common denominator, the radical analyst Paul Mason wrote recently:

“From George Square in Glasgow to Syntagma Square in Athens, there was always a Catalan flag waving above the crowd.

“I never understood until now that those flags were an essential part of the story. The ‘breakup’ narratives of modern Europe – whether they are pulling away from nation states, currencies, free movement zones or the EU itself – are all driven by a central fact: the current settlement does not work.”

Of course, no one is questioning Mason’s rhetorical skills. They both summarise and prop up the powerful discourse of the British anti-capitalist left. Cheering on others’ revolutions is energising. It brings about hope for everyone. People need it. But there are limits.

The Catalan crisis is a delicate matter: it’s a priceless china shop which no enthusiastic elephant should enter. The same can be said about the Flanders, Corsica, Veneto, South Tyrol and many more. Each very different from the other.

Some territories still bear the scars of ugly ethnic confrontations, which Catalans have so far managed to avoid. Communities have worked hard on healing wounds. Compromises were key to many a peaceful settlement. European structures helped, as the Irish know. These are all matters requiring careful, case-by-case considerations.

A major upheaval today in Catalonia would wipe out hundreds of thousands of jobs and tear countless personal affinities, links and even neighbourhoods apart.

“Perhaps this is the one thing I don’t really undestand: the Barcelona I know has allowed loads of liars and opportunists to set their daily lives on fire, to poison their friendships and family relationships, and spread deep hatred that could surface at any given moment.”

But Europe’s progressive analyses are best summarised by Der Spiegel: “[They’re both] playing the victim,” Claus Hecking and Juan Moreno wrote about the attitude of separatists and the incumbent right-wing Madrid government.

“In the middle stand the many Catalans and Spaniards hoping that rationality will return soon.”

Let’s hope this shines a light for the British far-left.

Alessio Colonnelli has written for publications including The Independent, the International Business Times and Open Democracy