We need to challenge our obsession with economic growth before it destroys the planet. 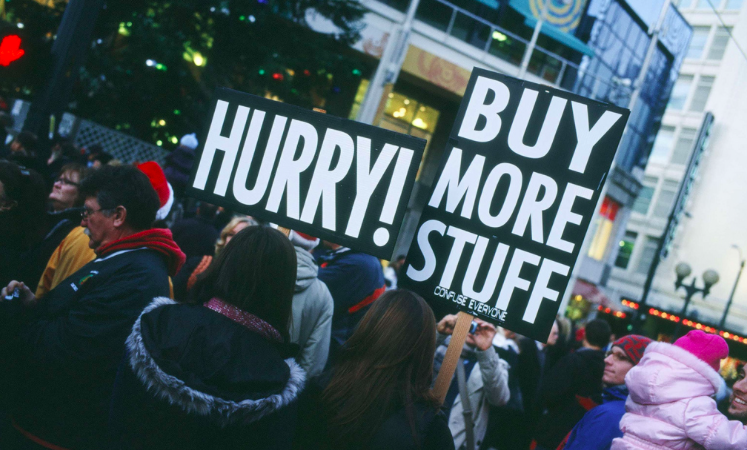 Earlier this month, John McDonnell gave a remarkable speech on the economy after Brexit. In the speech the shadow chancellor challenged the idea of economic growth, directly linking it to the ecological and climate crisis.

“Every 1% added to global GDP over the last century has meant, on average, adding 0.5% to carbon dioxide emissions”, McDonnell said, continuing:

“As the size of the world economy has grown, so too has the pressure it places on our ecosystems.

“The consequences of that pressure are now becoming all too apparent… on current trends we are heading for a 3.5 degree celsius increase in global temperatures this century; a rise that would wreck everyone’s economy.”

McDonnell directly linked economic growth and CO2 emissions, highlighting how the current system is unsustainable for any economy.

Could this be a hint that the shadow chancellor is looking at post-growth economics, also known as degrowth – where production and consumption are downscaled?

It would certainly be welcome given the “green growth” approach favoured by many progressive politicians goes against evidence showing that the material demand and impact of the economy cannot be significantly reduced while it grows.

An economy that doesn’t have to keep growing is possible and realistic. Here’s what it could look like.

Dumping the mantra of “growth” means devising and securing support for unprecedented and innovative policies. Our group, Steady State Manchester, has explored them at the level of the city region in some detail.

At the national level, socially progressive policies can be implemented that go hand in hand with a reduction in GDP growth, such as:

1. Abolish the misleading GDP indicator: focus on real things- jobs, incomes, activity, investment, care, health, wellbeing and environmental restoration. McDonnell proposes that the OBR include the impact of climate change and environmental damage in its long-term forecasts – that’s a start.

2. Sharing work-and resources: reducing the working week to some 32 hours, supporting employers to facilitate job-sharing, with income loss for the top 10% only.

4. Tax reform: for a progressive system that taxes use of energy and resources, wealth, property and land value.

6. Optimise buildings: establish a hierarchy from expropriation of vacant housing, incentives to down-size and share, prioritising retrofitting and refurbishment, and then respond to any remaining need by building low energy social housing, within already urbanised areas. Invest in a jobs-generating deep retrofit programme, saving fuel costs and emissions.

7. Establish environmental limits: via absolute and diminishing caps on the CO2 that can be produced and the material resources the country uses, including emissions and materials embedded in imported products.

This isn’t a full programme for a steady state economy but it demonstrates how, far from suggesting something impractical and unpopular, Labour could and should promote the genuinely ecological literate and socialist approach of degrowth.

7 Responses to “To avoid climate catastrophe, it’s time for Labour to scrap the idea of growth”