This week has made the Conservatives' future very uncertain indeed. 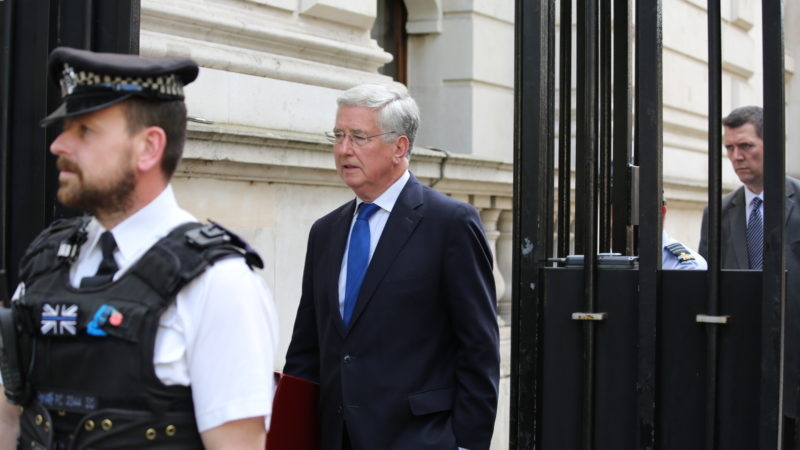 “Feels increasingly like 92-97 parl: no majority, no money, ripping ourselves apart over EU. That lasted 5 years. Oh dear.”

These are the words of a Conservative MP, Gary Streeter, on Wednesday night on Twitter. It is perhaps the best summary we have of the current state of politics, following a day that could ultimately be seen as the beginning of the end of the government.

This week’s PMQs saw Theresa May face pointed questions from the Labour MP, Lisa Nandy. Why had May ignored the warnings from Nandy three years ago that “Whips had used information about sexual abuse to demand loyalty from MPs”?

On the 7th of July 2014 Nandy used a question in the Commons to raise her concerns for the first time. This was followed by a letter from Nandy to Theresa May on 8th July 2014. That was then followed up again with a question on the 17th July.

While the Prime Minister pledged to look again at the representations that had been made to her – the charge still stands that warnings were made by MPs themselves about sexual misconduct which were ignored by the government.

Just hours after Prime Minister’s Questions, Ministers lost not just any old Opposition Day motion which they now so routinely ignore, but what is described as a “humble address”, calling on the government to publish the impact assessments it had carried out on how Brexit would affect various parts of the economy.

As the Speaker noted, “motions of this kind have traditionally been regarded as binding or effective.”

The government’s failure to even oppose the motion spoke volumes last night of its inability to keep its own MPs together on such a crucial subject – a ominous sign ahead of the Commons considering amendments the EU Withdrawal Bill in just a few weeks’ time.

And now we have seen Michael Fallon’s resignation over allegations around his behaviour. What was notable in his letter of resignation itself was his failure to apologise.

But having seen one Cabinet Minister fall, the question remains as to why International Trade Minister, Mark Garnier remains in post despite openly admitting that he asked a Secretary to buy sex toys for him.

With rumour and speculation engulfing Westminster, May’s minor reshuffle is unlikely to be the last. So where does all this leave us?

Firstly, we cannot let the politics detract from the key priority which must be to provide the support and encouragement to those in Westminster and elsewhere to come forward if they have been treated inappropriately. It is they who matter the most.

It is clear though that the Prime Minister is weak, both when it comes to responding to this growing crisis and other matters. Her election backfired, and now she and other parties are engulfed by lurid stories. Those stories will understandably dent the confidence people have in those elected to govern with integrity. One could not devise a worse set of circumstances to be negotiating Brexit.

Having resisted the temptation to say so publicly until now, it is now clear: the Conservatives’ lack of mandate or strength now shows that voters will need to have a say on the final Brexit deal.

There are those who say we need to bring the country together rather than dividing it with another vote. But this current government is not managing to bring its backbenches together, let alone the country.

And there are those who say this is a way of overturning the Brexit vote in 2016. But what do they have to fear from a second vote? If Parliament votes to give the public a say, and they reject a deal and prefer to stay in the EU, it would only represent the democracy Brexiteers claim to love.

Whatever the case, this week something has happened: the government have lost the confidence of the public. It’s unclear whether May will be able to restore it.

Ed Jacobs is a Contributing Editor to Left Foot Forward

3 Responses to “Is this the beginning of the end for May’s government?”